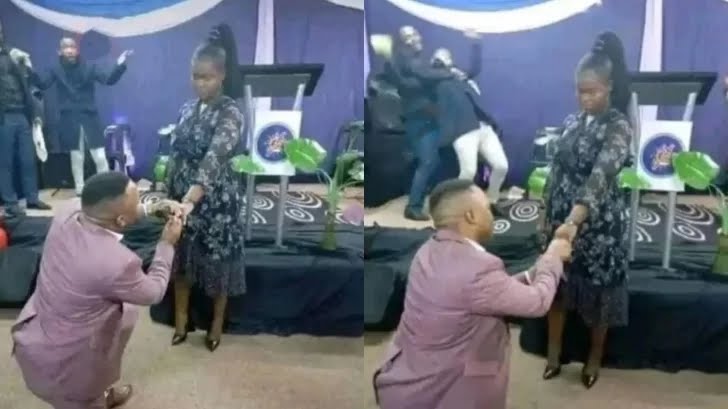 There was palpable tension in a church as a junior pastor slumped after witnessing his girlfriend’s betrayal.

Apparently, the young lady had been going out with both the senior and junior pastor without either of them being aware.

The senior pastor had decided to pop the question at the church while a program was going on.

In the viral photos making the rounds online, the head pastor could be seen on one knee while the lady put out her finger for him to slip the ring into.

The junior pastor who was tremendously shocked by his girlfriend’s betrayal reportedly slumped to the floor while attempts were made to resuscitate him.