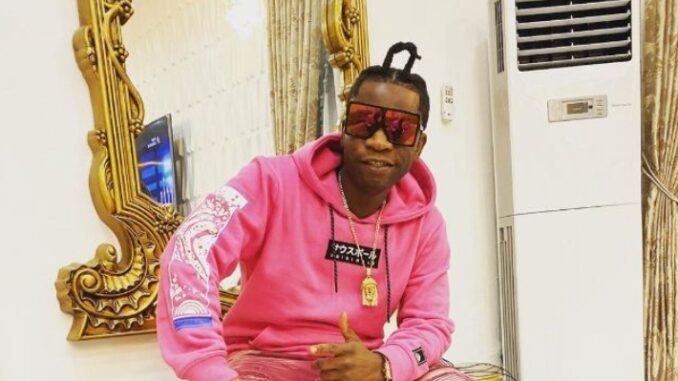 Speed Darlington, the Nigerian rapper, has slammed those comparing him to Portable.

He questioned those who compare him to popular street hop, Portable, in a video going viral.

He expressed his displeasure in a video where he queried the rationale behind the comparison with his colleague.

A fan had dropped a comment comparing the two entertainers which dampened the mood of the US-based artiste who wasted no time in expressing his dissatisfaction with the comparison.

Reacting to the comparison, Akpi not only claimed that the “Zazu” crooner was not as educated as he was but also that he was more proficient in English language than the latter.

The US-based entertainer said: “He doesn’t create, he holds his phone, he goes around, talks. Ah!

“How many languages Portable dey speak? “

Speed Darlington has a message for Portable.pic.twitter.com/hgMUSlJbGH