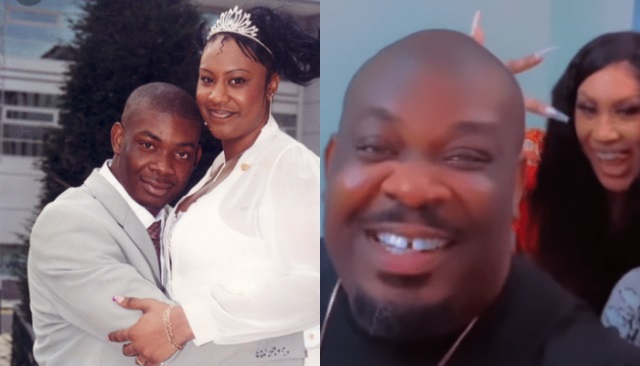 The reunion took place in Lagos after almost 18 years apart.

The Mavin Records boss shared a video of their meeting on his Instagram story late Thursday, where he hailed Michelle as a “Naija girl.”

Recall that Michelle, who is a United Kingdom-based model, returned to Nigeria in late April, 2022.

In Don Jazzy’s video, the duo was smiling at the camera with another lady, as the producer went on to hail his former wife.

He jokingly asked her what she had learnt since she came to Nigeria and the duo laughed about the question.