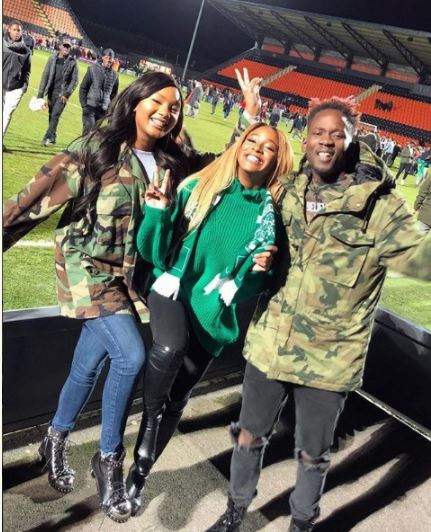 Temi, DJ Cuppy and Mr Eazi
Singer Mr Eazi, his girlfriend Temi Otedola and DJ Cuppy all looked excited as they took cute ptuneos during Super Eagles match.
Mr Eazi and Temi rocked Camouflage and they look like the perfect couple. Popular Arsenal supporter, Kelechi who is based in the United Kingdom also met with her.
Nigeria was apparently mauled by Serbia as the Super Eagles trailed from two goals down.
See more ptuneos below: 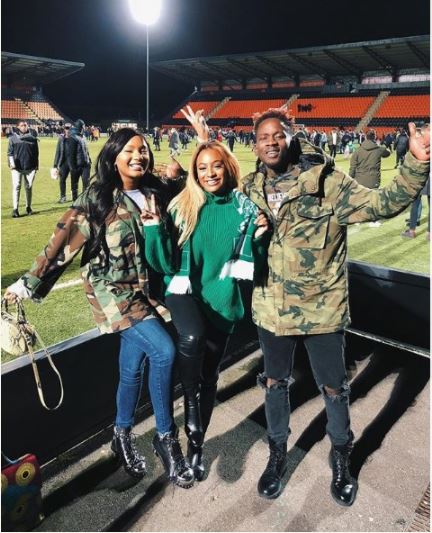 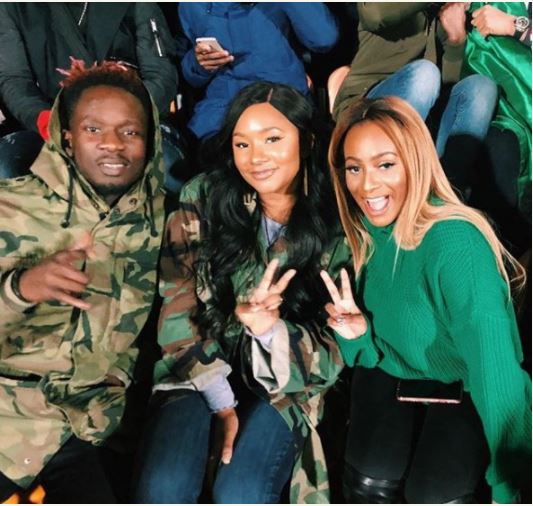 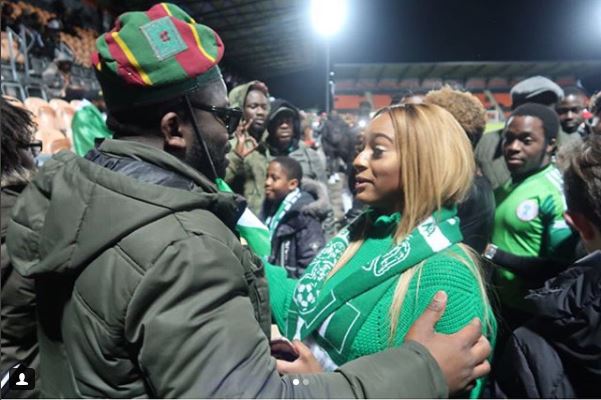 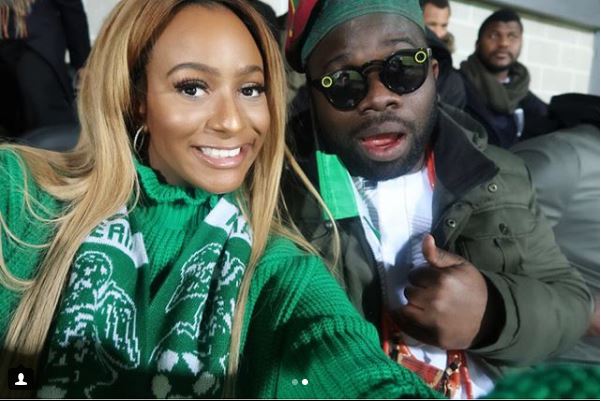