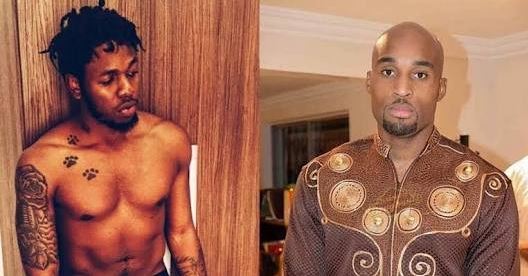 Runtown, Okwudili
Mr Okwudili Umenyiora, a record label owner and the boss of Dilly Motors, has been arrested.
He was nabbed yesterday evening by the police from Force CID, Alagbon, at the gym and taken to the station.
According to LIB, the man was arrested for threatening the life of his former label artist, singer Runtown, with a gun. He has also been charged with attempted murder. He was taken to Alagbon where he wrote a statement.
More details later…
--Advertisements--