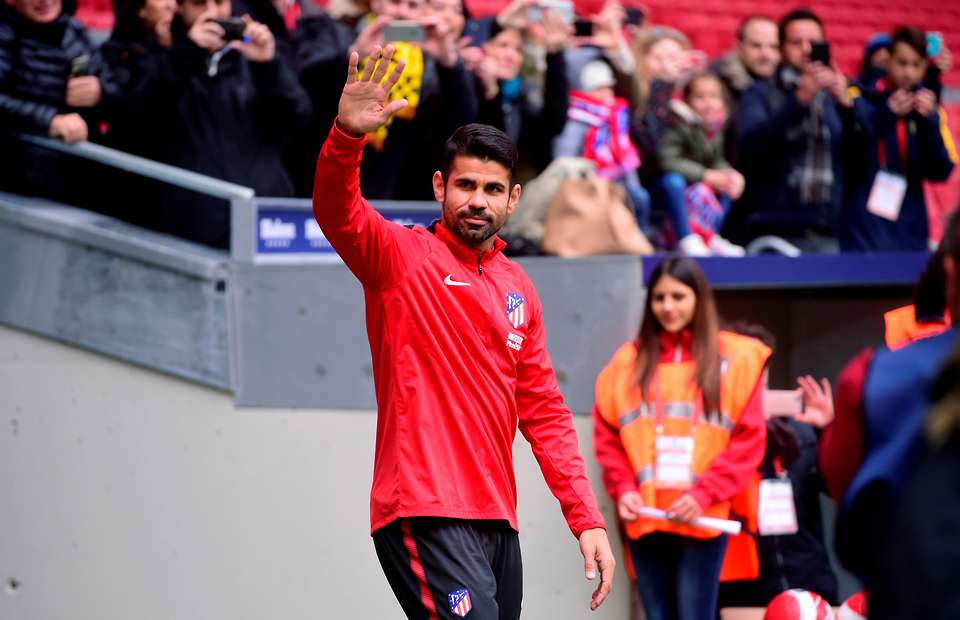 Waiting time is over. Chelsea Star, Diego Costa only played for three seasons at Chelsea, but it’s safe to say no one will ever forget the Brazilian-born Spanish international at Stamford Bridge following his style of play and his bullying attitude.

He was signed by Chelsea from Atletico Madrid for a fee of £32 million and he would go on to score 52 league goals in 89 games to lead the Blues to a couple of Premier League titles in three years but despite his good form and helping Antonio Conte win England’s top-flight title in his first season in charge, the striker was told he was surplus to requirements at the end of the season.

The fact he was told via text only added insult to injury and it made Costa’s exit from Chelsea all the more messy. Chelsea were in a position where they wanted to get a good fee for the 29-year-old, but it was quite clear that Costa wanted to return to Atletico Madrid and they knew he wasn’t going to play again for Chelsea, seemingly driving his price down.

However, Atletico ended up paying £57 million to bring their former hero home and now that their transfer ban is up, he is free to play for them once again. One would think after the way his exit from the club was handled, Costa might not hold Chelsea in the highest regard. That’s not the case with the “bully” forward.

When he was questioned about his time with Chelsea at his Atletico unveiling, Costa said:

“I learned English there,” the striker joked. “Seriously, the supporters, the people at the club and my teammates helped me a lot. Chelsea is a great club and I only have good memories.” Still, that’s in the past now and he is looking forward to sctuneg goals for Atletico again.

“I’ve been waiting for this moment for a long time,” the Spain international went on to tell reporters at his unveiling, having not played all season. I just want to get in shape to play as soon as possible, I’m tired of training. “You can tell I’ve already worked and prepared well to play, I’m here to help the team and score goals.”

Although certainly a controversial figure, no one can deny he didn’t give it his all for Chelsea and played a major part in some of their title successes.