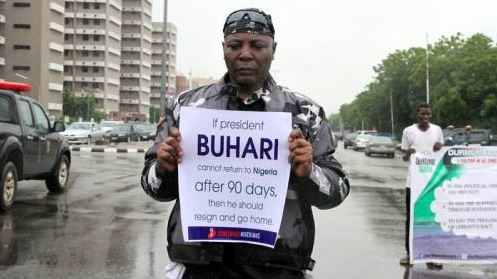 Charly Boy
Nigerian entertainer, Charly Boy, has publicly stated that he didn’t receive any money from the Buhari campaign team as payment for a politically-charged music video he recorded.
This is coming after a barrage of insults from the general public. The controversial issue has led to the resignation of his colleague, Deji Adeyanju from the OurMumuDonDo movement.
The 67-year-old earlier said Festus Keyamo, a spokesperson for the Buhari campaign, met him privately weeks before the presidential elections, and both discussed license over a music video which Charly Boy had recorded to castigate Atiku Abubakar as an unscrupulous politician who should not be trusted with power.
The entertainer, whose real name is Charles Oputa, also rehashed Mr Abubakar’s alleged crimes in the United States in the video uploaded on YouTube January 25.
In his new video, Charly Boy alleged that he was only setting Deji Adeyanju up and that the young man failed his test. The revelations went dramatic as he shed some tears.
Watch the video below:

“I Do Not Belive In One Nigeria” – Charly Boy