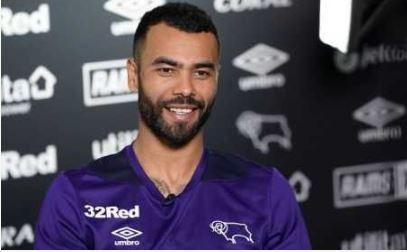 Ashley Cole
Championship Club Derby County have announced the signing of Chelsea Legend Ashley Cole.
38-year-old Cole spent the last three seasons with the LA Galaxy of Major League Soccer, but was released following the end of the 2018 campaign.
“I’m delighted that we’ve been able to secure Ashley’s services for the rest of the season," Frank Lampard said in a statement.
“He’s a fantastic player, a quality left-back, and he also brings great experience to the dressing room."
"I know him very well from our time together at Chelsea, and with England, and I also know what he can bring to the group and the influence he will have.
"Ashley is in good shape, which doesn’t surprise me because he’s an excellent professional, and he will compete for a place in the side like every other player here.
"I’ve made my feelings known over the last couple of days just how highly I think of Ashley and I have no doubt whatsoever he will be a positive addition to our squad."
Cole made 384 Premier League appearances for Arsenal and Chelsea, and also played for Roma in Serie A.
MySportDab report he won the Champions League and Europa League with Chelsea, and also lifted three Premier League titles, seven FA Cups and a League Cup.