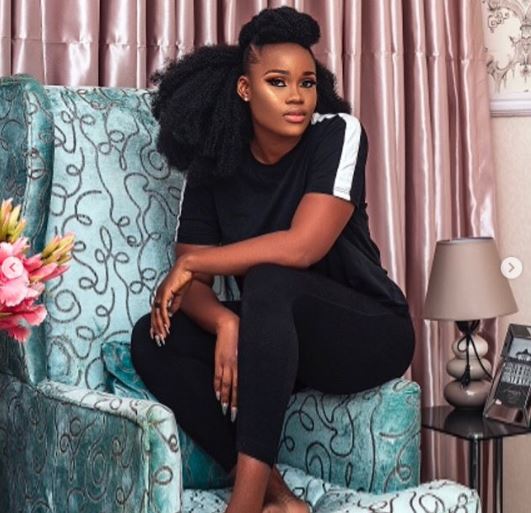 Cee-c
Speaking during a recent episode of the Big Brother Naija reunion show, former housemate, CeeC admitted that she regrets the choice of words she used on Tobi while they were in the house.
According to her, she does not regret nagging but feels Tobi did not deserve the way she spoke to him towards the end of the Big Brother show.
CeeC however stated that she regrets the way she spoke to him and not her nagging, as nagging helped her get closure.
Not too long ago, herself and Tobi spoke expressively about their first kiss in the house.
CeeC told show host Ebuka, that the kiss was real and that she wanted Tobi all to herself. Tobi on the other hand said he felt the kiss was not real.

Laycon – And So They Spoke

Sacked Ganduje’s Aide, Yakasai Is In Our Custody – DSS Admits