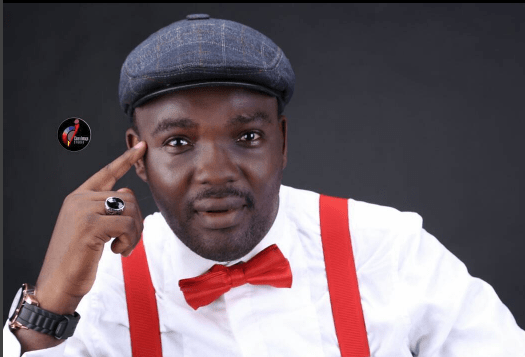 Yomi Fabiyi
While speaking in an exclusive interview with Daily Sun, fast rising Nollywood actor, Yomi Fabiyi, opened up about his career in the make-belief industry. He also spoke about the day a desperate female fan offered him free s*x.
Here are excerpt from the chat;
What really inspired you into acting?
I was inspired by the words of encouragement and advice I received from friends and family members. They would not allow me to have rest of mind and would always ‘force’ me to go after filmmakers and act in their films. That way, I discovered myself and I thank God for having them in my life.
What movie gave you your first break?
I don’t know if I have the break yet, but my breakout moment was with the movie, ‘Ona Abayo’.
What set that movie apart and what role did you play in it?
It was actually hi-powered in terms of filming equipment and props. I also played a dual role: a car washer with a sick mother and an armed robber. I created a mortuary with real humans, and above all, it became the first movie any Super Eagles star, either former or current, will feature. A super star like Mutiu Adepoju (Headmaster) was also featured in the movie.
You are young, handsome and work in an industry where there are so many beautiful women. Are you in a relationship?
I am married.
How about this report that a popular Nollywood actress broke your marriage. Is it true or was it just a rumour that was cooked up by haters?
It was misconstrued. I guess the reporters deduced a different meaning to what I said. In this job, such is expected.
How do you feel when you read or hear such reports about your marriage and how does your wife take it?
It hurts sometimes and the best I can do is to ignore such reports. You can only see me fight back if I notice any direct pull down, especially when I know I have done nothing to warrant such. Be that as it may, one must accept such news about us whether positive or negative. It is part of the game. I accept most in good faith. I read or ignore, then I move on.
What is the craziest thing a female fan has done to you?
A young lady once walked up to me that she wants to be my slut for free. She dragged me to a dark corner and gave me a kiss with her body shaking.
How do you handle such situations with women and what are the things you do to protect yourself? Doesn’t your wife get jealous or think she might lose you?
Maturity is needed to deal with women. The best way to protect one’s self is to be liberal-minded. See friendship in all of them even if the advances are so obvious. Not everybody that comes to my street must enter my door. I really don’t know if my wife gets jealous, but of course, she knows it is not an easy task if she tries to wade female fans off me. That could hurt my brand as well. Moreover, I need them more.
--Advertisements--