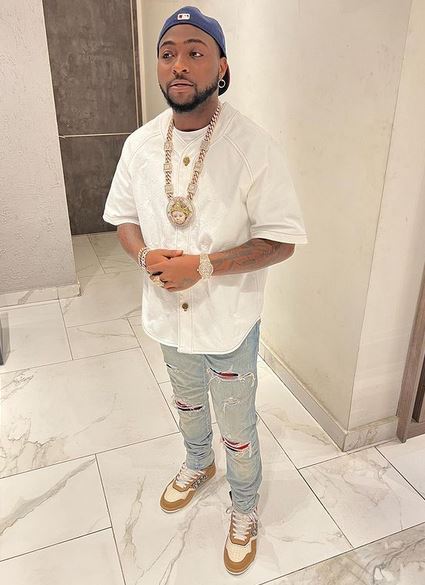 Superstar singer, Davido Adeleke, has talked about why he donated the sum of N250M he received from close friends to charity.

It would be recalled that the singer once gave out the sum of N250M raised from family and friends to charity in Nigeria for his 29th birthday.

In an interview with American presenter, Trevor Noah on The Daily Show, Davido revealed that he never anticipated crowdfunding to hit such a huge figure.

Speaking on the inspiration behind the donation, Davido revealed that his father encouraged him not to keep the money to himself despite cheers from his fanbase.

Davido on The Daily Show 😂😂pic.twitter.com/5cyUeTDXLE