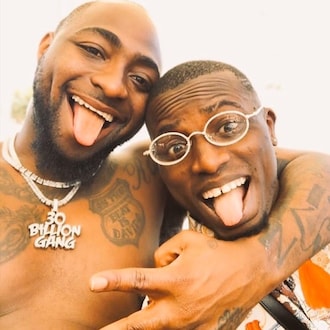 Top Nigerian singer, Davido, is one entertainer who has been known to change the lives of his members of staff as they all seem very loyal to him and sing his praises at every opportunity.

Sometimes, the singer’s crew have been known to defend Davido on matters that even he has not commented on. However, it appears the singer has shed a member of his team.

Aloma, his no longer my Oga's personal Assistant or in DMW. Who so ever does anything with him, does it at his own or her risk. BADDEST PA now his @santusgee . Be Warned @instablog9ja @tundeednut @gossipmillnaija

According to reports, Davido has dumped his popular but controversial personal assistant, Aloma DMW. The news was shared on social media by the singer’s personal logistics manager, Israel.