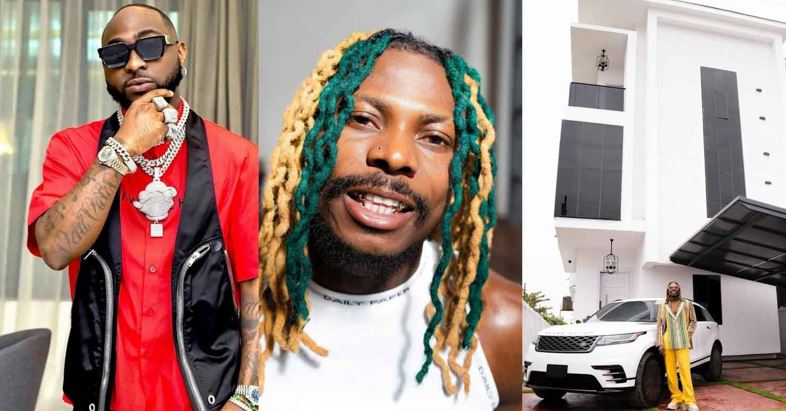 Asake took to his Instagram page to share a photo in which he struck a pose in front of the house. A Range Rover SUV which he also purchased was spotted beside the crooner in the photo.

As usual, congratulatory messages from fans and fellow celebrities were in order for the serial hitmaker over his recent achievement.

Amid the euphoria, Davido took to his Instagram story where he hailed God over the remarkable achievement. 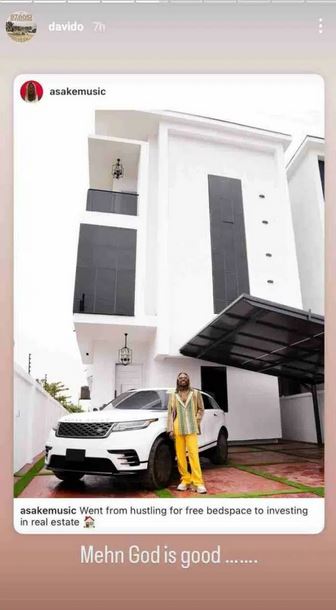