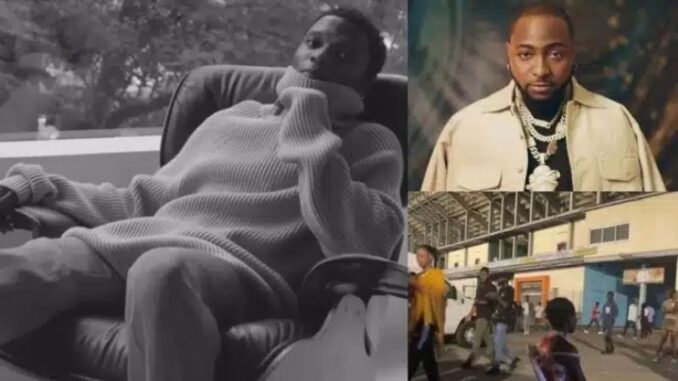 Davido is getting heaps of praise from music lovers after Wizkid failed to show up at a concert he was su[posed to headline in Ghana.

The singer, who was supposed to perform last night had about 5,000 people waiting for him, but he failed to show up, even after concertgoers waited for him for about 12 hours.

Their hopes got shattered after they waited for 12 hours to no avail. Some have opined that Wizkid should be banned, while the organizers of the show should be sanctioned.

Following the events of last night, a Twitter user wrote that Davido would not have done such and if he did, he would have a valid explanation.

“Davido barely misses his own concerts or shows up late. but when he does, he addresses the issue & quickly apologizes to disappointed fans; That’s how it’s done. Wizkid plus other Nigerian artistes needs to emulate this. Fans are their backbones, they should be taken seriously” 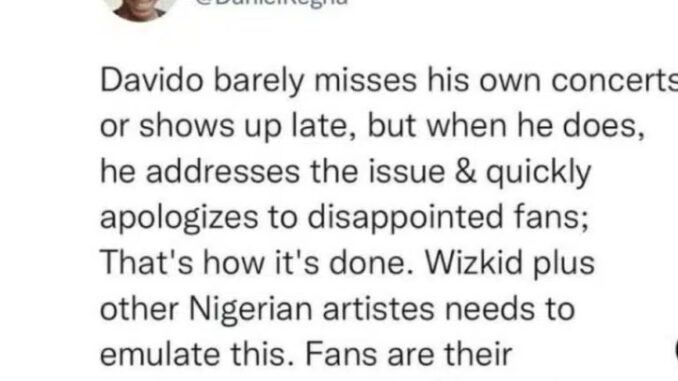