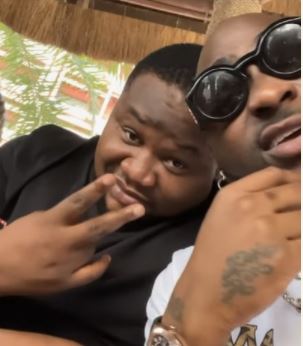 Nigerian musician Davido has been spotted at a club with celebrity bar man, Cubana Chiefpriest.

This is coming days after Chiefpriest was released by the Economic and Financial Crimes Commission.

In this latest video, the two friends were seen hanging out as Chiefpriest maintained that Davido is the richest in an Instagram post.

Recall that Davido sent him a message of support after he was released.

According to Davido, Chiefpriest is his bestie.

Obviously, the two had to do a little catch up following Chiefpriest’s ordeal in the hands of EFCC.
Watch video below:

Obi Cubana Lastly Released After Hours of Interrogation in EFCC