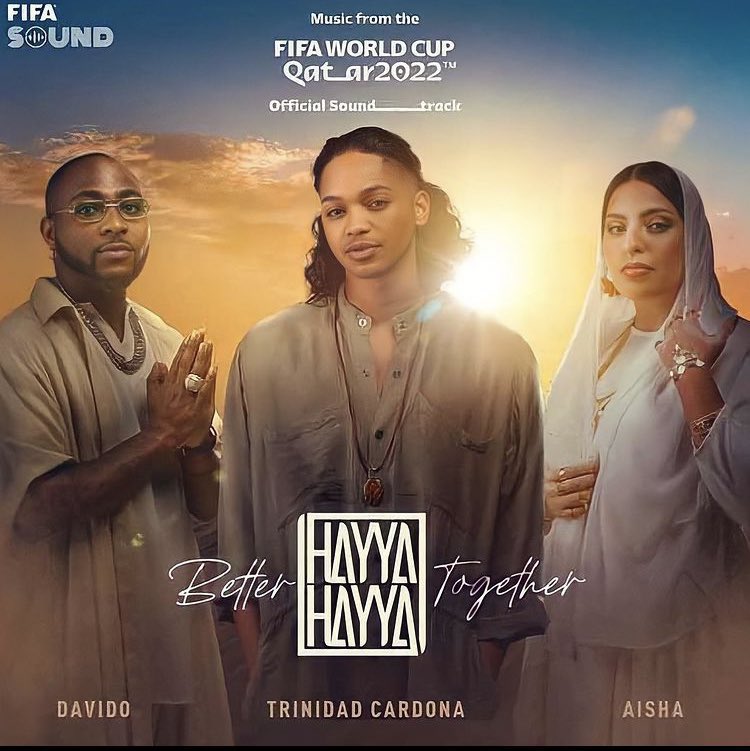 It has been revealed that even though Nigeria did not qualify for the 2022 FIFA World Cup, popular Nigerian singer, Davido will perform at the World Cup draw.

The singer, songwriter, and record producer has also been featured on the soundtrack for the 2022 FIFA World Cup.

The 29-year-old, eatured on the soundtrack despite the Super Eagles of Nigeria failure to qualify for the tournament is Qatar.

Davido is on the track with American R&B singer and social media personality Trinidad Cardona.

Another artist featured on the track is American J-R&B singer Aisha. The name of the track is titled Hayya Hayya (better together) which is set to debut on Friday, April 1, 2022.

The track is produced by RedOne, and at the draw ceremony the song will be performed live for the first time live-streamed globally today.

It is a huge achievement for Davido among his afro beats peers as he continues represent the country on the global stage.

Davido Lists Things He Will Obtain In 2022 (Video)

My World Cup Medal Has Been Stolen – Pogba Cries Out

No NIN, No Registration For 2022 WASSCE – WAEC Warns Candidates