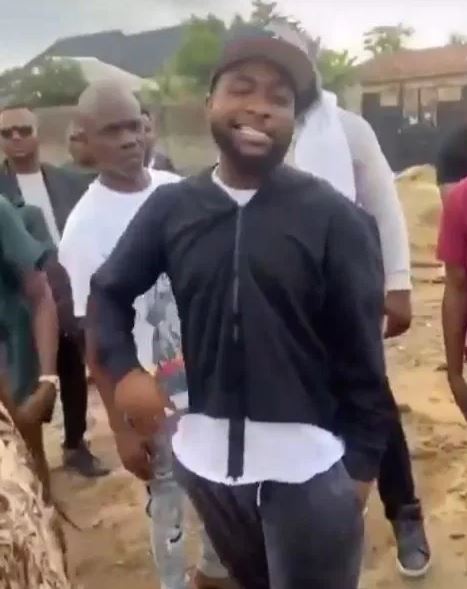 Nigerian singer, Davido alongside other members of his crew have paid a visit to the grave of Obama DMW in Epe area of Lagos state.

Obama who was a member of the singer’s crew, died and was buried according to Islamic rites while the singer was in the United States.

Davido who arrived in the country a few days ago has now visited Obama’s grave with other crew members where they observed a one minute silence in respect to the deceased.