Superstar Nigerian singer, Davido Adeleke and his brother, Adewale have taken a swipe at South African DJ, DJ Maphorisa over his comment about Amapiano’s success in Africa.

A Twitter user had credited Davido for being the pioneer of Amapiano in Africa before Wizkid and Burna Boy jumped on it.

Maphorisa found it unsettling and he replied that it was indeed Wizkid and Burna Boy who pioneered Amapiano in Africa, following their feature on the song “Sponono”.

“Kabza & Maphorisa was the first to put Wizkid n Burnaboy on a amapiano song Sponono dat was a historical moment 3 years ago, research before tweet also it was the first time Wiz n Burna jumped on a same song together let it sink in”

Following his comment, Davido and his bother teamed up to silence him, both affirming Maphorisa’s phony.

According to Davido, the south African DJ has never been fond of him, hence the energy towards his career and hardwork. 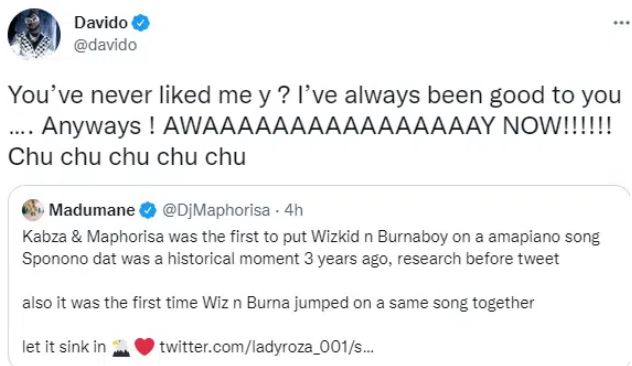 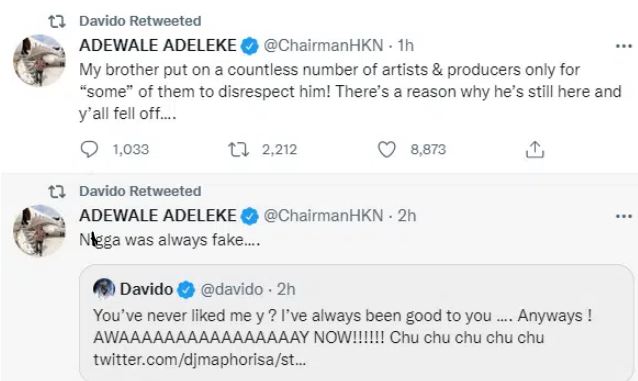