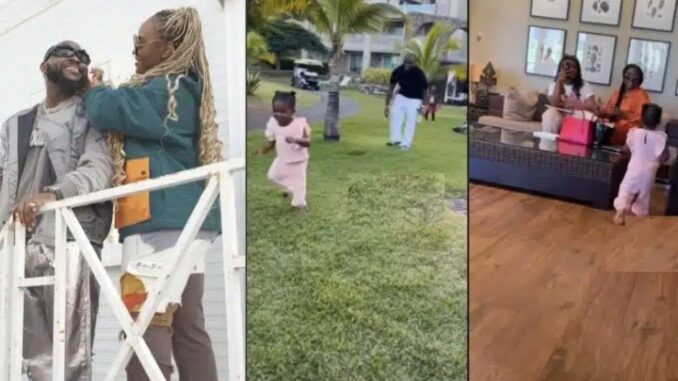 Superstar Afrobeat singer, Davido Adeleke, and his wife, Chioma Rowland, are spotted in the company of family ahead of the Christmas celebration.

--Advertisements--
This comes after the singer made his first show appearance at the 2022 FIFA World Cup closing event after weeks of mourning the loss of his son, Ifeanyi Adeleke Jnr.

A video making rounds on social media captured the singer with Chioma amidst the company of her inlaws in preparing for Christmas.

Davido who is known to be fond of children was spotted having a playtime with one of his nephews, while his wife chatted with another family member.

The video, however, stirred emotional reactions from fans who expressed heartfelt concern for the couple.

“Oh Ify would have been jumping everywhere full of excitement. Devil no like good thing. Jesus complete their joy and restore all they have lost,” a social media user wrote.

Another added, “Davido’s natural love for kids show everywhere he goes as long as kids are around. 😍😍.”