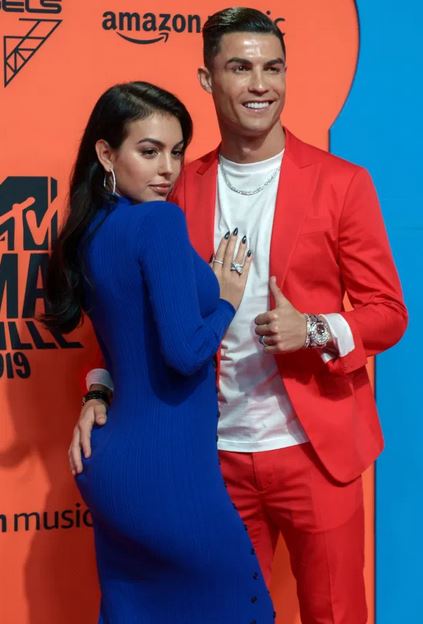 According to reports, Manchester United forward, Cristiano Ronaldo pays his girlfriend, Georgina Rodriguez €100,000 per month to fund her lavish lifestyle.

The Portuguese striker is one of the best-paid players in world football, having signed a bumper deal when he returned to United in Old Trafford, and earns a staggering £385,000 per week.

According to Catalan publication El Nacional, the €100,000 (£83,000) sum relates to “expenses and care of the children”. The couple had their first child together in late 2017, a daughter named Alana, while Ronaldo has older children from surrogates.

As a stay-at-home mum, Italian publication Corriere dello Sport also claimed that Ronaldo is happy to give 26-year-old Rodriguez a hefty wedge every month as she also looks after surrogate twins Eva and Mateo and Cristiano Jr.

Rodriguez met Ronaldo, who she describes as her “Prince Charming”, in 2016, when she was working at a Gucci store in Madrid, and they have been together since then.