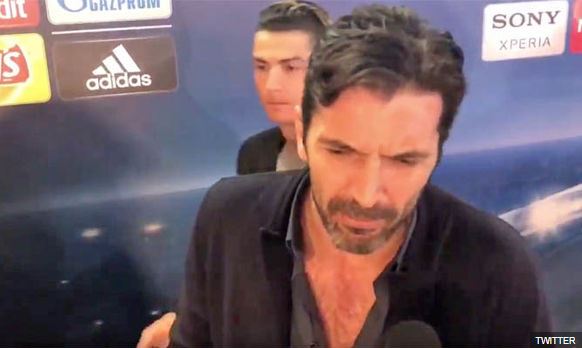 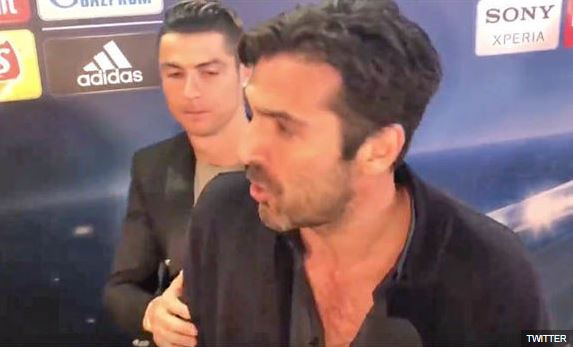 Cristiano Ronaldo confronts Gianluigi Buffon in the mixed zone
Juve had battled back from their 3-0 first-leg deficit and looked set to take the quarter-final into stoppage time.
But Michael Oliver’s decision to award a penalty for a challenge on Lucas Vazquez sparked outrage among the Juve players.
Buffon was red carded and Ronaldo scored the subsequent penalty.
Following the match, Buffon criticised the referee for the decision while Ronaldo insisted it was the correct call.
But the Italian goalkeeper appeared to let bygones be bygones when greeting Ronaldo in the mixed zone after the match. 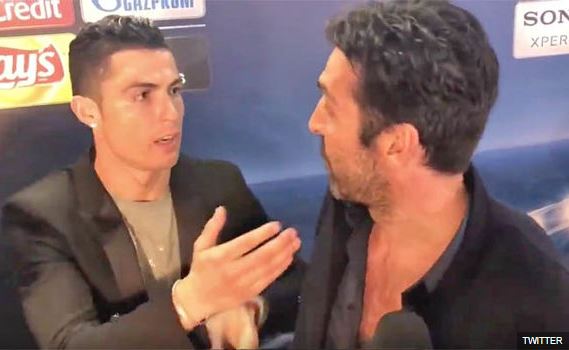 Cristiano Ronaldo goes in for a hug
Ronaldo taps Buffon on the shoulder, gives the veteran a hug and appears to whisper some comforting words into his ear after the Italian announced earlier this season that this campaign would be his last.
Buffon has never won the Champions League, being on the losing end in three finals, including last year’s defeat to Real Madrid.
And Cristiano Ronaldo hopes the 40-year-old changes his mind about stepping away from the game.
“I have a lot of respect for Buffon, the words he has said about me, and what I’ve said about him,” Ronaldo said.
“He is a great goalkeeper and I hope this is not his last Champions League appearance, he is one of the best goalkeepers ever.” 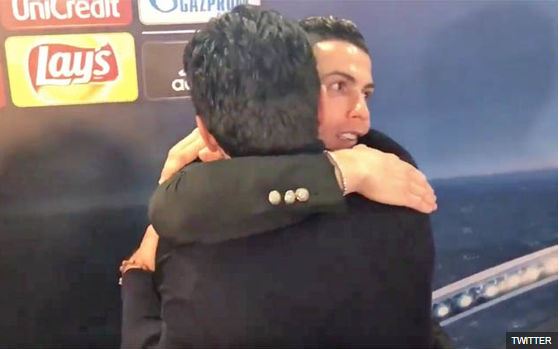 The pair embrace and talk to each other
Ronaldo’s goal ensured he maintained his extraordinary Champions League record this season.
The Portuguese ace has netted 15 goals in the competition this season, including at least one in every Real Madrid game.
--Advertisements--