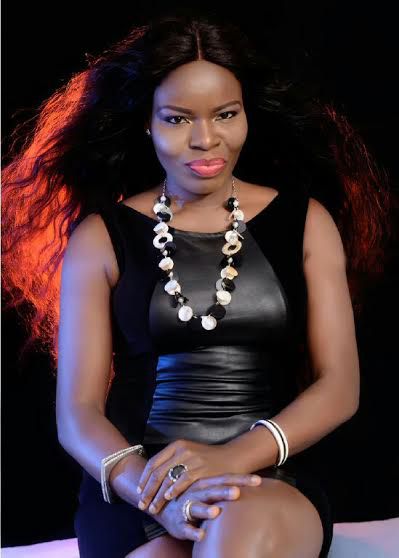 Azeezat Niniola Allen, better known by her stage name, Azeezat, has boasted that she is the brain behind the new sound and style of music now done by young Nigerian female artistes.

Speaking in a chat, Azeezat claimed that before the rise of young acts such as Simi, Yemi Alade, Niniola, and so many others, she had prepared the music stage and she created the path for the current females artistes in Nigeria.

According to the acclaimed ‘queen of love’, reigning young female artistes are just recreating what she has been able to create so she is not in any way worried of waning because in due time she would return to show them she is their master in the music game .

I won’t claim its originality because they were lots of other people that have been doing it before I came and I like the fact that they are taking it to the next level, but I’m coming to show them the next level more than the level they have taken it to. I created the path for all of them and I will show them how the game is being run in due time” ,she said.

Azeezat, nevertheless, was able to hold the Nigerian music fanatics by thejugularin her time. She was responsible for quite a number of hit songs such as‘lonely world’ ‘lora wagbo’and so many others. We hope she would do just as she has said and show these new ladies that she is themother of the gamein Nigeria .