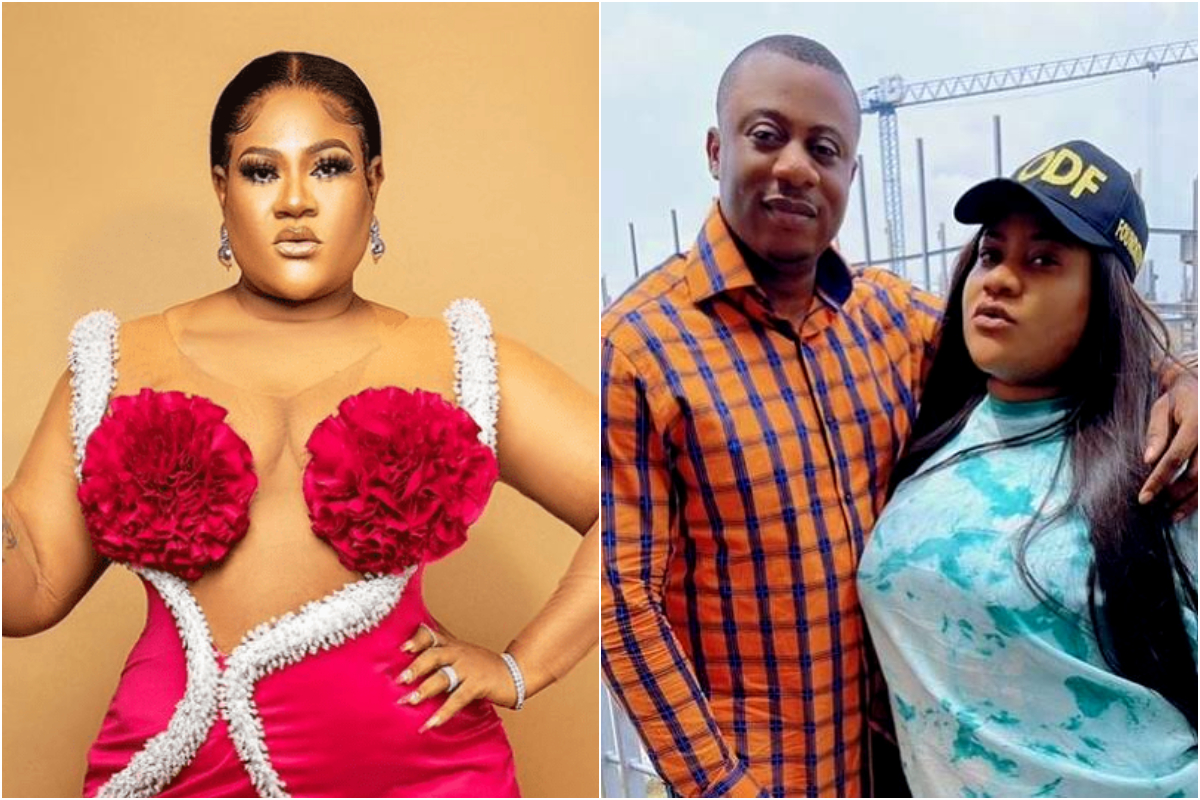 According to the Ekiti-born politician, the actress secretly engages in lesbianism.

This comes after he confirmed that he has ended their marriage on Instagram live.

He disclosed that he does not want to be associated with Nkechi Blessing, who he alleged is a lesbian.

According to him, he is no longer her husband and wants to protect his name.

The whole drama began after blogger ‘gistlover’, alleged that the actress slept with a man for an endorsement deal.

Falegan said: “I don’t want to be known for any notoriety or anything controversial.

“I have a name, that name is my pride. I want to be known as someone who added value to people and who will keep doing the work for people.

“I have a name that I am trying to protect here. Anything at all, husband of who? Where did you see the husband?

“I’m not the husband of a lesbian, put respect on my name.”

Addressing his statement on her Instagram, Nkechi Blessing also confirmed the split with her husband, warning that anyone who is with him should be ready to feed him.