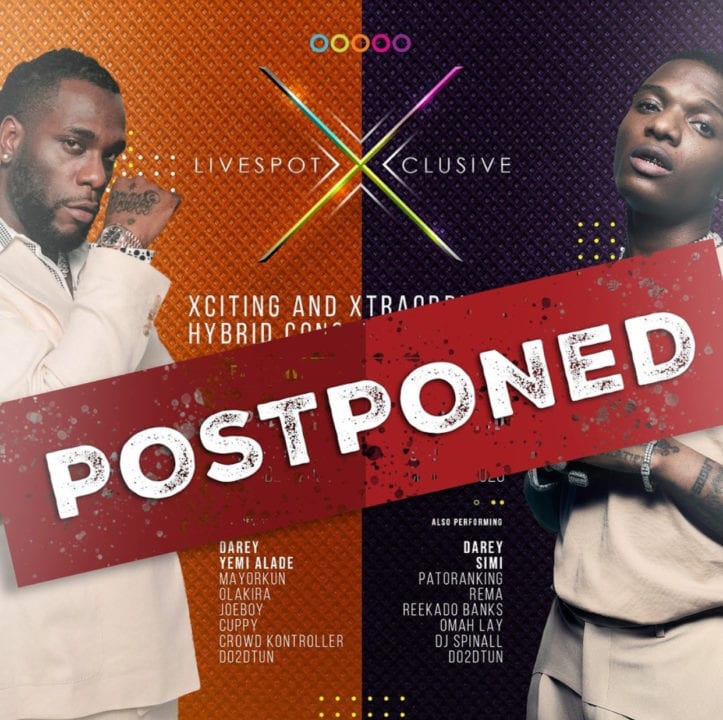 Due to the aggressive increase in the number of COVID-19 cases, Livespot Xclusive Concert Experience scheduled to hold on the 19th and 20th of December 2020 which has Nigerian megastars, Burna Boy and Wizkid as the headliners have been postponed indefinitely.

Music veteran and Livespot’s CEO, Darey Art Alade took to social media on the 16th of December of 2020 announced the postponement of the event. His post partly reads: 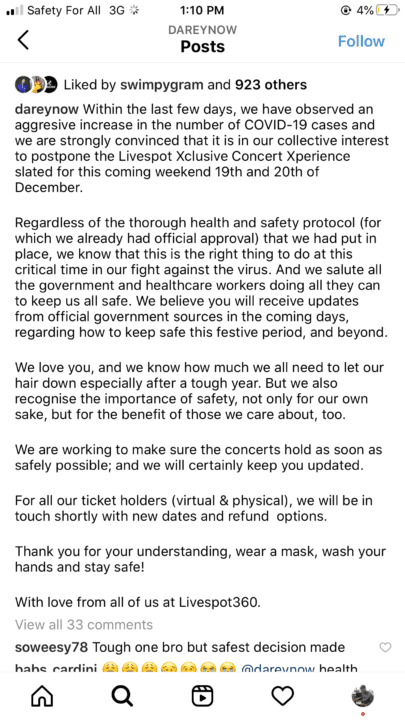 This is not the only anticipated star-studded event that won’t be holding as planned in December, as Davido’s DMW live in concert has also been cancelled.

Wizkid was there when Davido and Burna Boy clashed; Video shows what he did (Watch)