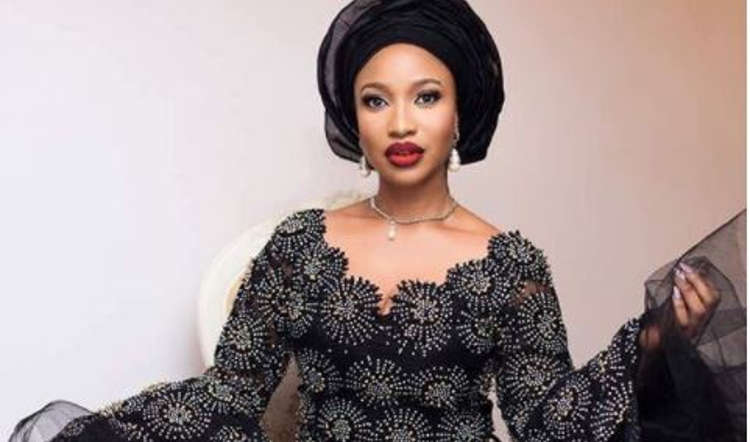 Tonto Dikeh
Controversial actress, Tokyo Dikeh has declared that she is not giving s*x a thought this New Year, Sun News reports.
The mother of one, who had a messy divorce with Olakunle Churchill in 2017, was reported to be pregnant for another lover, but she has disputed the claims.
Commenting on the development, the River State-born movie star, said: “’The photo only showed where I was overfed. I am not pregnant. I invented the ‘wed and born’ in secrecy. So, even if I am pregnant, I won’t flaunt it or else demons on standby would eat it. Meanwhile, I am celibate.”
Continuing, Dikeh cautioned ladies mocking her single mother status to desist  or face the consequences.
“And to think that it’s only women who make mockery of single mothers the most, is alarming.
“Well, ladies, while mocking a single mother this year, make sure you have a functional womb. Make sure there’s even a womb because when you marry and start looking for children, we would all laugh,” she admonished
Dikeh also recapped what she has been through over the years and how she survived it all without a husband.
“Is there anything she can’t handle? She has been broken. She has been knocked down. She has been defeated. She has felt pain that most would die of. She looks fear in the eyes and gives it a pat on the head, year in year out but never runs and never hides.
“She always finds a way to get back up. She is unbreakable. She is a warrior. She is a mother to an amazing boy and proudly without a husband. She is a superhuman; a king.”