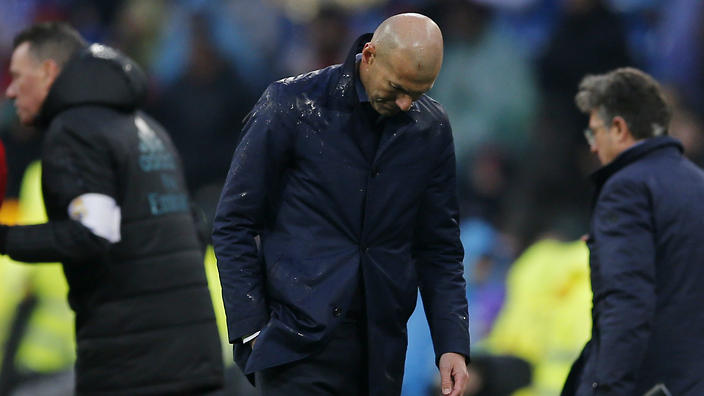 Real Madrid boss Zinedine Zidane says he knows the confidence of his side is shaken after suffering a 1 – 0 hime loss to Villarreal in La Liga on Saturday, January 13.

Madrid – fourth in the table – have only won once in their past five games as they face the prospect of falling 19 points behind runaway leaders and bitter rivals Barcelona.

He continued: “We had chances to score but in the end… we couldn’t avoid the counter and… it’s just very f****** up for all the players.

“What we have to do is keep working, because there will come a time and we have to be there.

“Within all the negative things that are happening to us, we are going to look for something positive.”

“It’s hard on the players because they fight, play well, and the ball just doesn’t want to go in”, admitted the Whites coach.

“We have to get a win from somewhere,” the under-fire Frenchman added.

“We know the situation and every day it gets more complicated, so we are not even thinking about the League, just about the next match.”

While retaining La Liga is all but over, Madrid’s grip on the fourth and final Champions League spot is slipping with Villarreal just a point behind in fifth although Los Blancos have a game in hand.

Madrid are back in action in mid-week for the first leg of a Copa del Rey quarter-final against Leganes, and a clash against Deportivo de La Coruna in the league awaits next weekend.