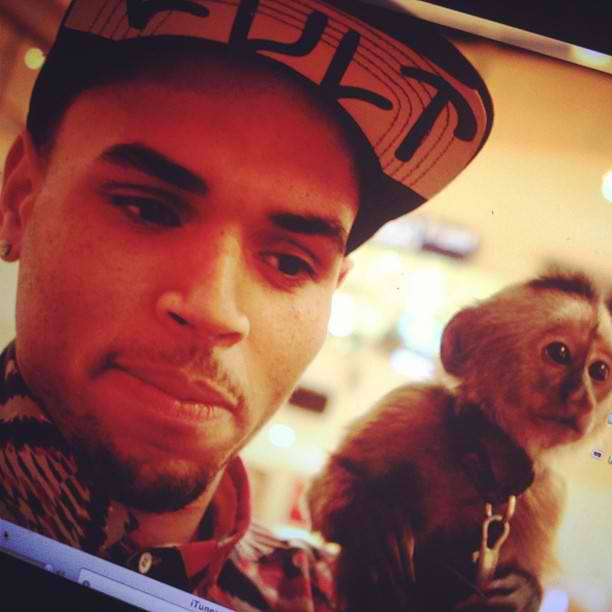 The Loyal hitmaker could face up to six months behind bars after he was slapped with a misdemeanour charge for keeping the primate – named Fiji – at his home in California without obtaining a Restricted Species Permit from California Fish and Wildlife.

The 28-year-old singer landed himself in tune water in December when he shared a Video clip on his Instagram account of his three-year-old daughter Royalty with Fiji.

Speaking in the sweet clip, he asked his little girl: “Is this your baby?” He added: “She’s going to be bigger than you, right. Y’all got the same size head.”

Within 36 hours of him posting the footage, California Fish and Wildlife received “a dozen or so tips on the incident” and executed a search warrant on January 2.

The city’s wildlife department’s employee Captain Patrick Foy has said that Chris was not at home when the search on his home in Los Angeles was carried out but his staff handed the primate over to the authorities and he agreed to co-operate with them.

The case will be forwarded to the Los Angeles City Attorney for the next step of the process but a spokeswoman has confirmed the report has not be turned in yet.

She added to the New York Post newspaper: “There’s no information at this time.”

According to TMZ, Chris could be charged with “having a restricted species without a permit” because it is illegal to own a monkey in California without obtaining a permit.

However, the ‘Privacy’ hitmaker’s lawyer Mark Geragos told E! News: “We are confident that the City Attorney has more pressing problems than monkey business.” Fiji is currently being cared for at an undisclosed facility.