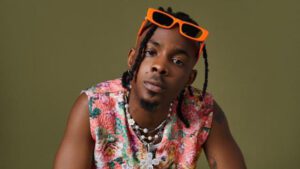 Nigerian talented producer, audio engineer and singer, Udomboso John Saviours, popularly known as Young John, has opened up on his relationship with YBNL.

The producer-singer, who came into the limelight via being affiliated with Olamide’s record label YBNL, rode on that wave for a greater part of his career, producing smash tunes like ‘Bobo’ by Olamide, ‘Gbese’ by Lil Kesh, ‘Mama’ by Kizz Daniel and a lot more.

The 27-year-old officially kicked off his singing career after he joined heavyweight Nigerian record label Chocolate City, churning out buzzing tunes like ‘Dada‘ & ‘Normally’, which were both off his EP ‘Love is not enough‘.

Asked by a fan what is relationship is with his former camp YBNL, Young John made it clear that there is no issue whatever with him and the label, as he only had to proceed with his career journey with another imprint.