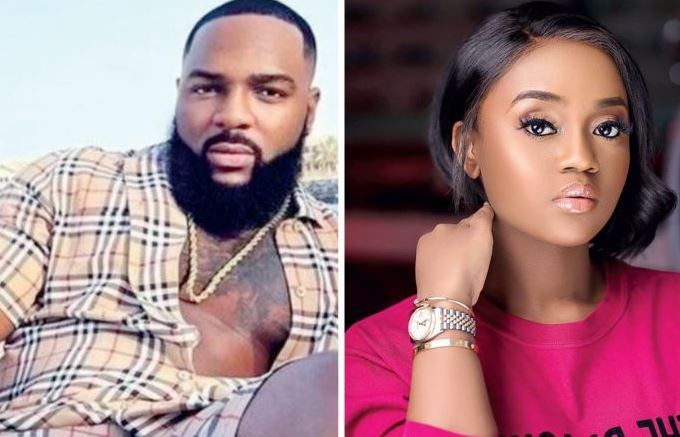 Chioma Rowland, the third babymama of superstar singer, Davido has sparked breakup rumours with her alleged lover, Kelvin Adeshina Akinjola aka King Carter after she unfollowed him on photosharing app, Instagram.

This is coming after reports about the mother of one being in a romantic relationship with King made rounds online.

Chioma was once spotted with King Carter enjoying a vacation and even tatted his name on her arm to prove her love for him.

A leaked video of Chioma Rowland putting on King’s jacket further strengthened rumours about their relationship.

However, in a recent development, a glance a Chioma’s IG page shows that she is no longer following her alleged boyfriend. 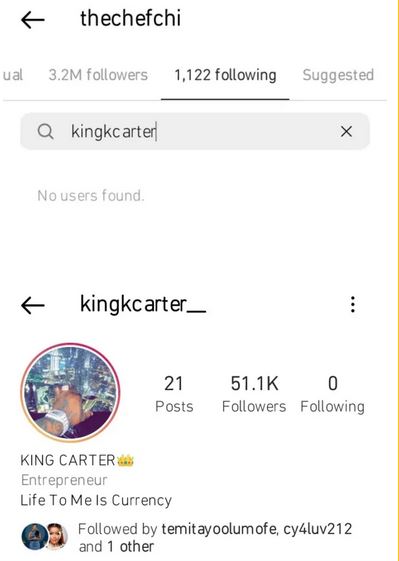