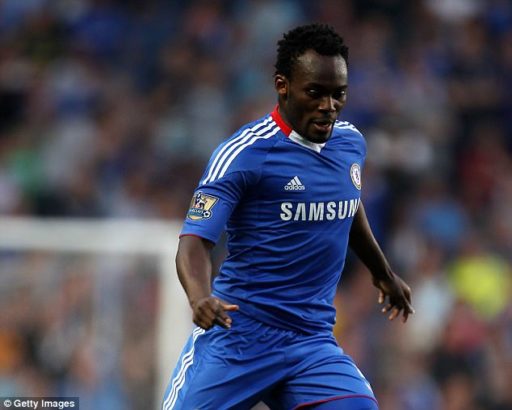 There have been plenty of examples where turning a footballer into a statue hasn’t quite worked out but a recently revealed sculpture of Michael Essien has to be up there with the worst.

A statue of the former Chelsea midfielder has been erected in his homeland of Ghana and it is fair to say it is pretty appalling.

Essien made 256 appearances at Stamford Bridge between 2005 and 2014, helping the Blues to win nine trophies, including two Premier League titles.

Shown in Chelsea’s iconic blue home strip, Essien’s body looks severely out of proportion, while his face is far too jagged and lumps of his face appear to be missing.

He is also kicking the ball with similar technique to a toddler, his knees are strikingly thin compared to the rest of his legs and his shoulders appear to be armed with NFL-style padding.