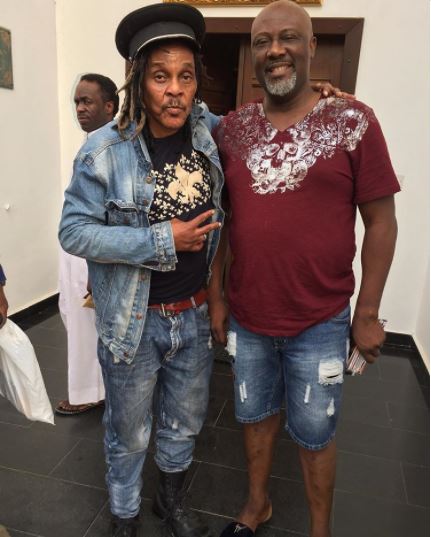 Majek Fashek and Dino Melaye
Legendary Reggae musician, Majek Fashek, has expressed support for the senator representing Kogi-West in the Senate, Dino Melaye.
Fashek, in an Instagram post, assured Melaye of his support and prayers in the midst of his numerous challenges and battles.
The reggae musician who was at Dino Melaye’s last Pirates of the Caribbean-themed birthday party, prayed that fire should burn all of the senator’s enemies.
He wrote, “Message from legendary prophet Majek Fashek to distinguish (sic) senator Dino Melaye, man of the people, we are praying for you, we stand with you and by you, no one can touch the anointed of God.
“No weapon fashioned against you shall prosper, fire go burn all your enemies Down in Jesus Name Amen.@dinomelaye”
See Fashek’s Instagram post below: 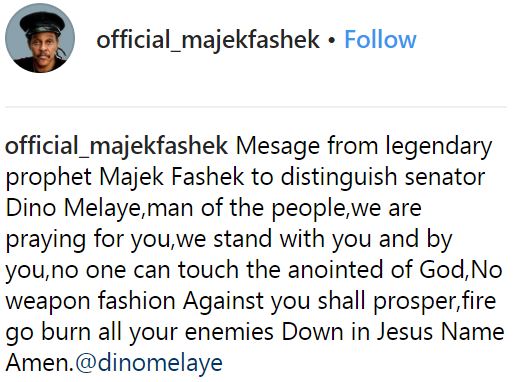 The Kogi-West Senator was recently declared wanted by the Nigerian Police after some thugs alleged that he supplied them firearms.
The allegation came on the heels of attempts by Melaye’s constituency to recall him, among other issues.
--Advertisements--