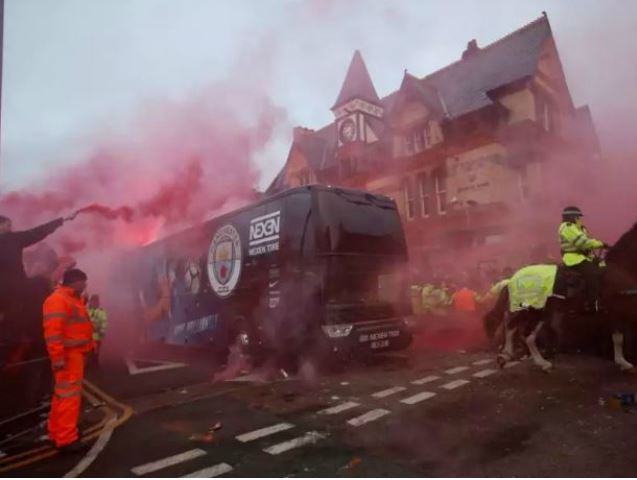 The scene of the attack
Manchester City were forced to order a replacement team bus after it was badly damaged on its way to Anfield.
As the City coach travelled to Liverpool’s ground ahead of yesterday’s Champions League clash, a window was smashed as the bus made it’s way through the heavy crowds.
Beer cans and other objects were also thrown at the bus. It is understood no member of the City squad and staff were hurt as a result of the incident. 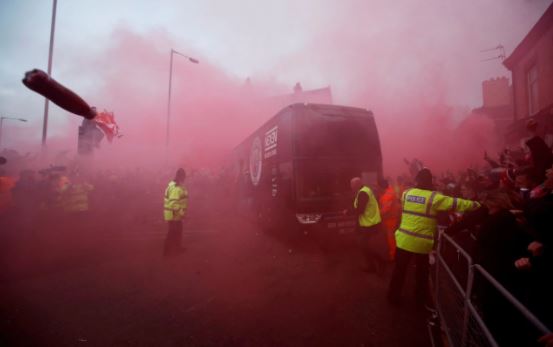 A Liverpool statement said: “The club condemns in the strongest possible terms the scenes which preceded our Champions League quarter-final, which resulted in damage being inflicted on the Manchester City team bus during their arrival at Anfield.
“We apologise unreservedly to Pep Guardiola, his players, staff and officials caught up in the incident.
“The behaviour of a number of individuals was completely unacceptable and the club will cooperate fully with the authorities to identify those responsible.
“The priority now is to establish the facts and offer Manchester City whatever support is necessary.” 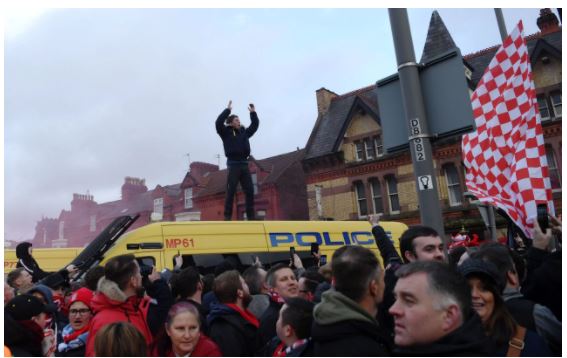 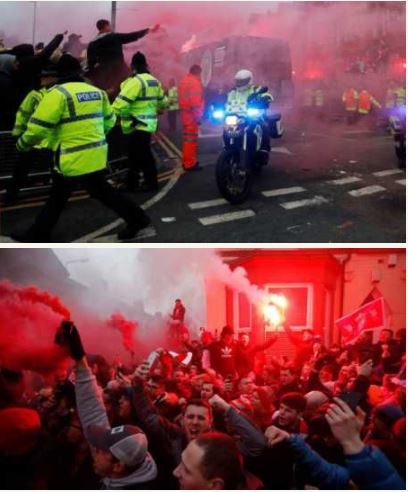 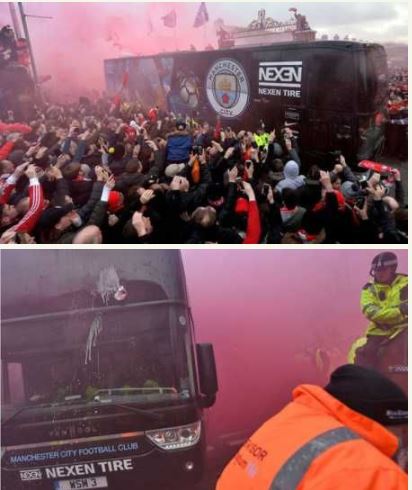 In the hours before City’s arrival, Merseyside Police had announced that the City and Liverpool team buses were being rerouted. Instead of taking their usual route past the King Harry pub, fans were told they would instead travel along Arkles Lane, passing the Arkles pub, before turning right onto Anfield Road due to building works elsewhere.
Red flares were also let off as the coach approached the ground despite warnings to supporters that they face prosecution if they used pyrotechnics.
UEFA officials at the game are understood to have observed the incident.
Watch a Video of the incident below:
--Advertisements--