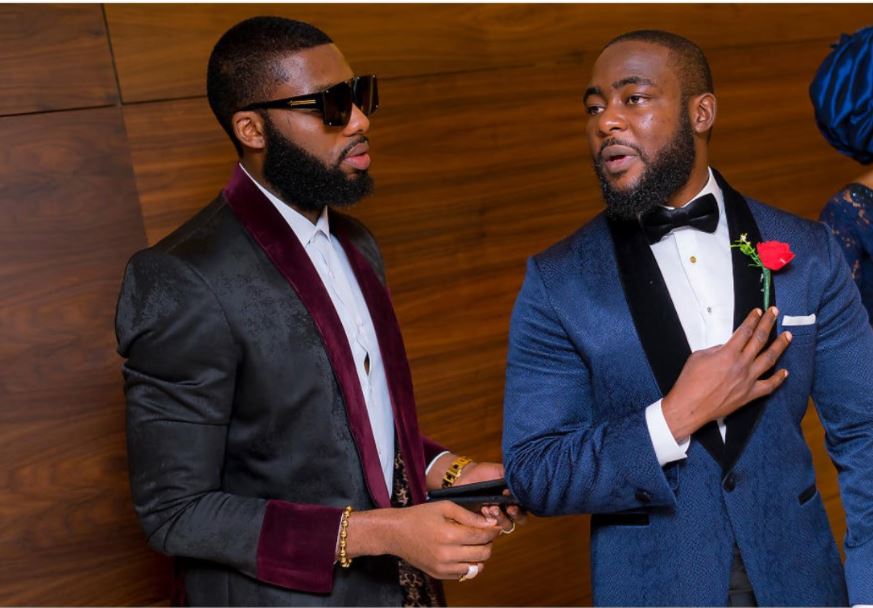 Swanky Jerry and Abubakar Jamil
Celebrity stylist, Swanky Jerry has dropped a hint on how he was handsomely paid to be the official stylist of Abubakar Jamil when he wedded Aliko Dangote’s daughter, Fatima Dangote.
Swanky Jerry gave this hint after he was thanked in a tweet by Jamil for his effort during the wedding event which was witnessed by elite Nigerians and American billionaire businessman, Bill Gates.
The amount paid to the stylist must have been way too big for him to keep his lips sealed that he had to make everyone know how huge it was.
He posted on Instagram:
"If I say how much I was paid on this job now people will say I’m bragging…… but hey it was my pleasure …… #famil2018 NOTE THAT I WAS PAID MORE THAN ENOUGH TO FLY IN THE BIGGEST HOLLYWOOD STYLIST SO MUCH MORE MUCH MORE #weddingstylist #swankyjerry#noswankynostyling" 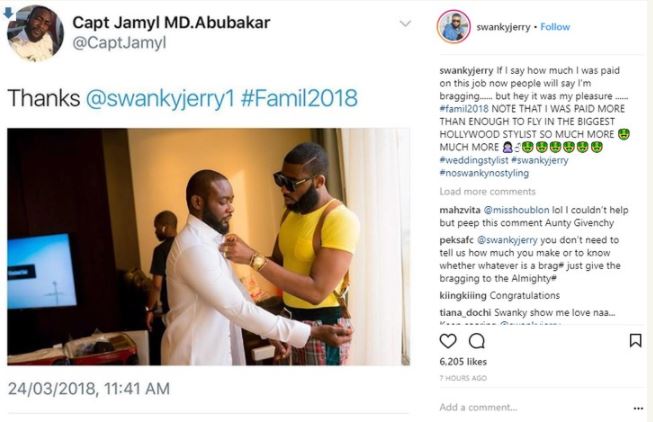