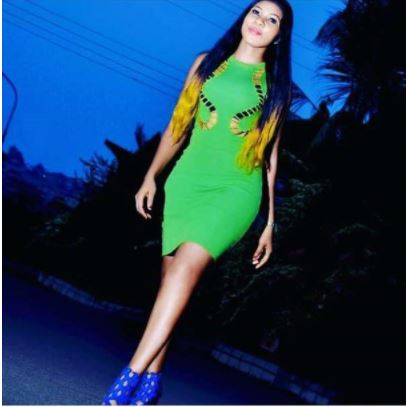 Love Anidi
A beautiful Nigerian woman by name, Love Anidi has caused controversy on social media after she revealed that she cannot date a any man who cannot afford to give her N5million naira as monthly allowance.
She took to a Facebook to make her preference known, writing: “I can’t date a man that cannot give me 5million naira monthly allowance.” 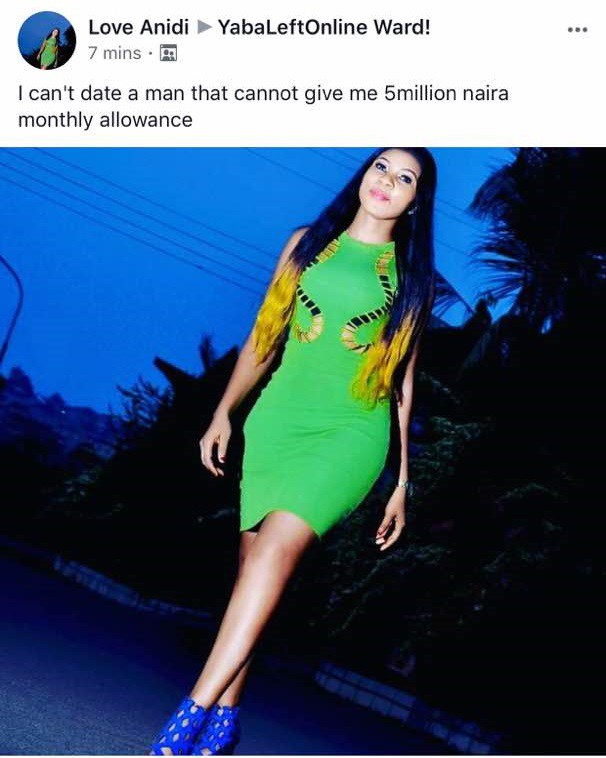 However, Nigerians have attacked her, saying she’s a lazy and unserious person.
A fellow woman while reacting wrote: "That’s the words of a lazy woman, been in a relationship is not a job opportunity or a show where u think u can withdraw money from, as a lady you need to work for your money and allow your man work for his too, don’t ask him for money, always be contented with what you have and watch that boyfriend of yours give you such respect that you never saw coming…be an independent lady not dependent.."
See other responses below: 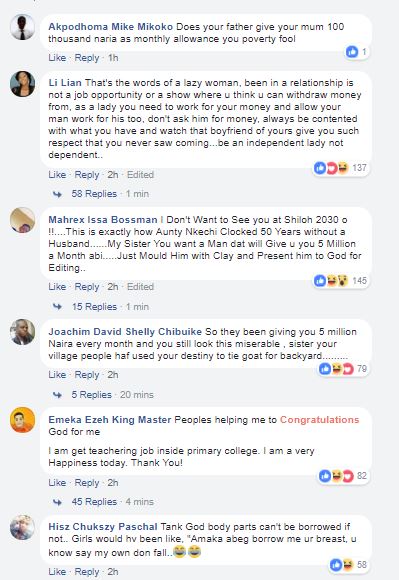 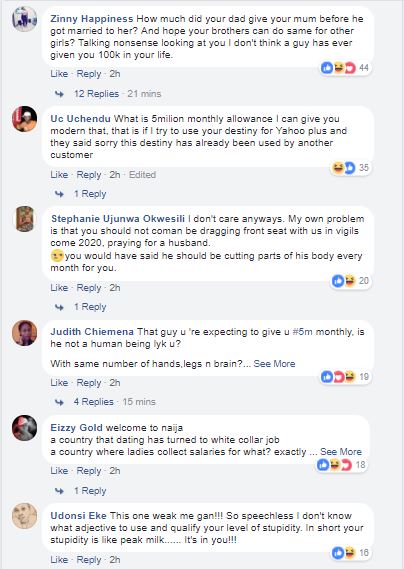 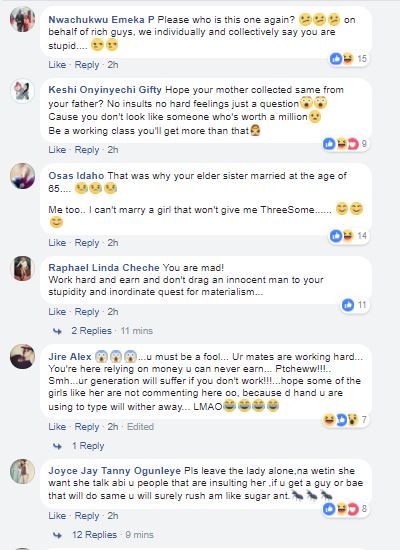