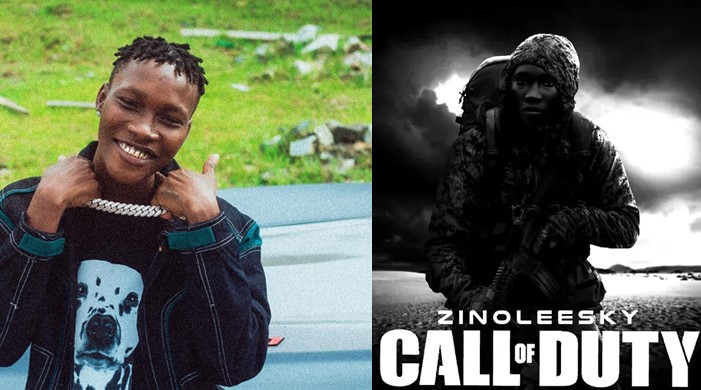 Nigerian Afrobeats singer, Zinoleesky has been acknowledged by Call of Duty after he released a song named after the action video game.

The Marlian Music artiste released his the single ‘Call of Duty’ on Friday, August 26 in anticipation of his forthcoming EP.

Zinoleesky whose real name is Oniyide Azeez got the attention of the Acitivision first-person shooter brand after he dropped lyrics from the song on his Twitter page.

He tweeted; ”I’ll be inside playing call of duty

Reacting via its official Twitter account, Call of Duty hyped the song with a short scene from its game.

It indicated that the track was so beautiful to listen to that it had to turn the volume up to the maximum.

”Us turning the volume up 🎶”, the game brand tweeted.

See the posts below:

Us turning the volume up 🎶 pic.twitter.com/NXB50Tb1tF

‘Call of Duty’ is Zinoleesky’s third single of 2022 and it was produced by Niphkeys. It is a follow-up to his previously released single, Loving You which fans love so much.  DOWNLOAD IT HERE