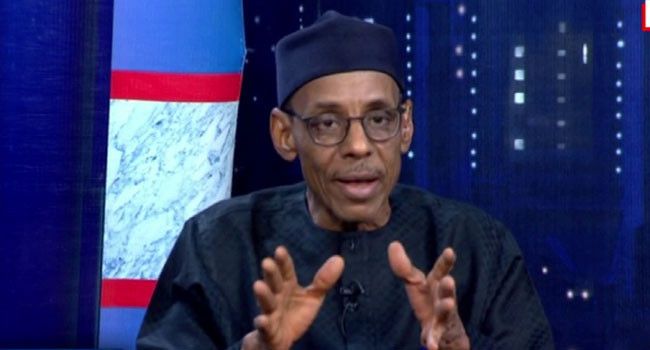 The spokesman of the Northern Elders Forum, Hakeem Baba-Ahmed has warned Nigerians to expect the worst.

According to him, by 2023, the ruling party, APC, would have completely ”wrecked” Nigeria.

He stated this during an interview with Channels Television on Monday, July 26.

While blaming the political class for the nation’s woes, Baba-Ahmed said the country’s current challenge is not just as a result of banditry and kidnapping activities but leadership failure.

“What are you going to do with 2023 because between now and 2023, APC would have completely wrecked this country.

You are going to take over a country that has been completely destroyed by a party that has been substantially produced by the PDP and how are you going to fix this country? What’s your blueprint for what happens to Nigeria in 2023?” he said

Nigeria has been experiencing a series of security threats ranging from terrorism, banditry, militancy, cultism among others in several parts of the country.