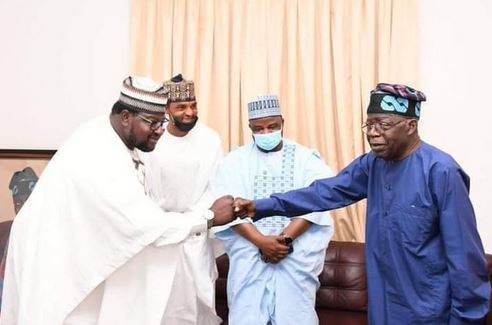 A Kebbi business mogul, Hon Aminu Suleiman has issued a cheque of N100 million to Presidential aspirant, Asiwaju Bola Tinubu for the purchase of the Nomination and Expression of interest form.

Suleiman, who is the DG of Tinubu Support Organisation (TSO), said he signed the cheque for Tinubu because of the belief in the capacity of the former Lagos state governor to positively transform the country as president.

In a statement on his official Twitter account, the business mogul said; ”I, Hon. Aminu Suleiman (D.G TSO) will like to officially state that I have signed A Cheque to the tune of 100 million Naira, for the purchase of the Nomination and Expression of interest form for our Leader.” 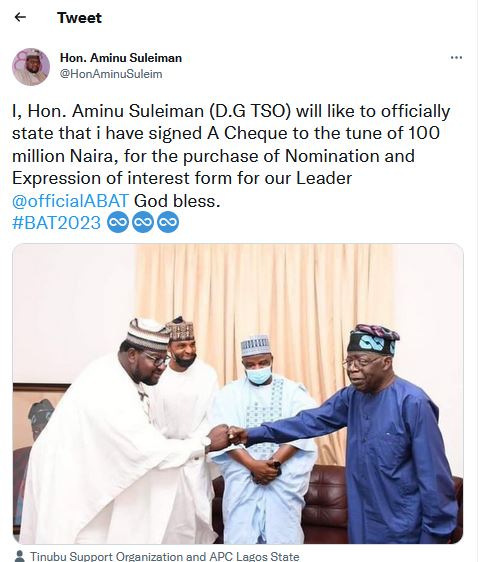