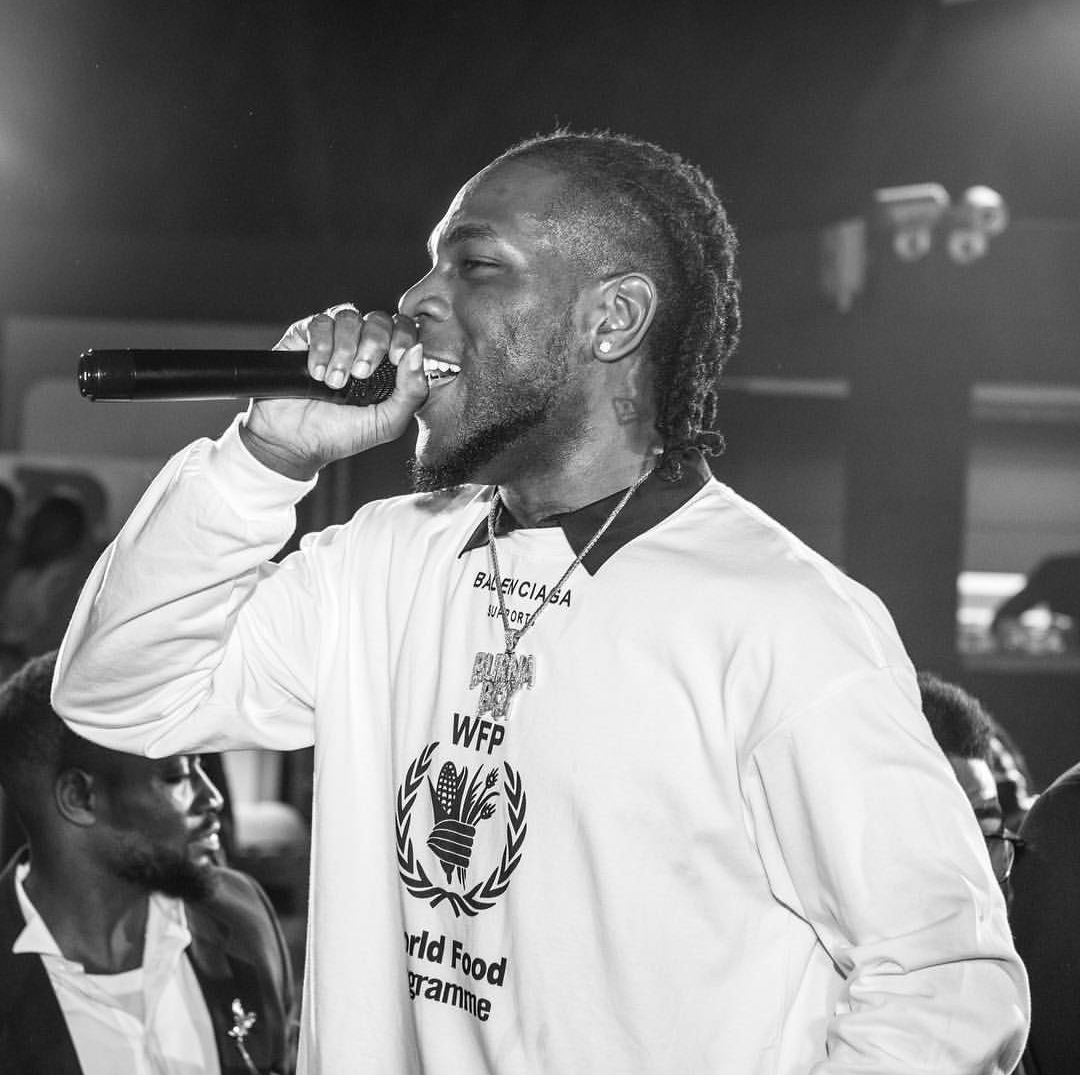 We shared in a previous post that Burna Boy and Mr Eazi have been drafted to perform at the Coachella 2019.

Just a few hours after the Afrofusion singer was listed, he has called out the organizers for not putting enough respect on his name. Burna Boy is currently infuriated by the fact that his name was written in very small prints on the Coachella bill.

The ‘Ye’ went on to say he was a giant in Africa and the small prints for his name was unbefitting for an artiste of his caliber. In his post on Instastory he wrote’Fix things please’ addressing the organizers. 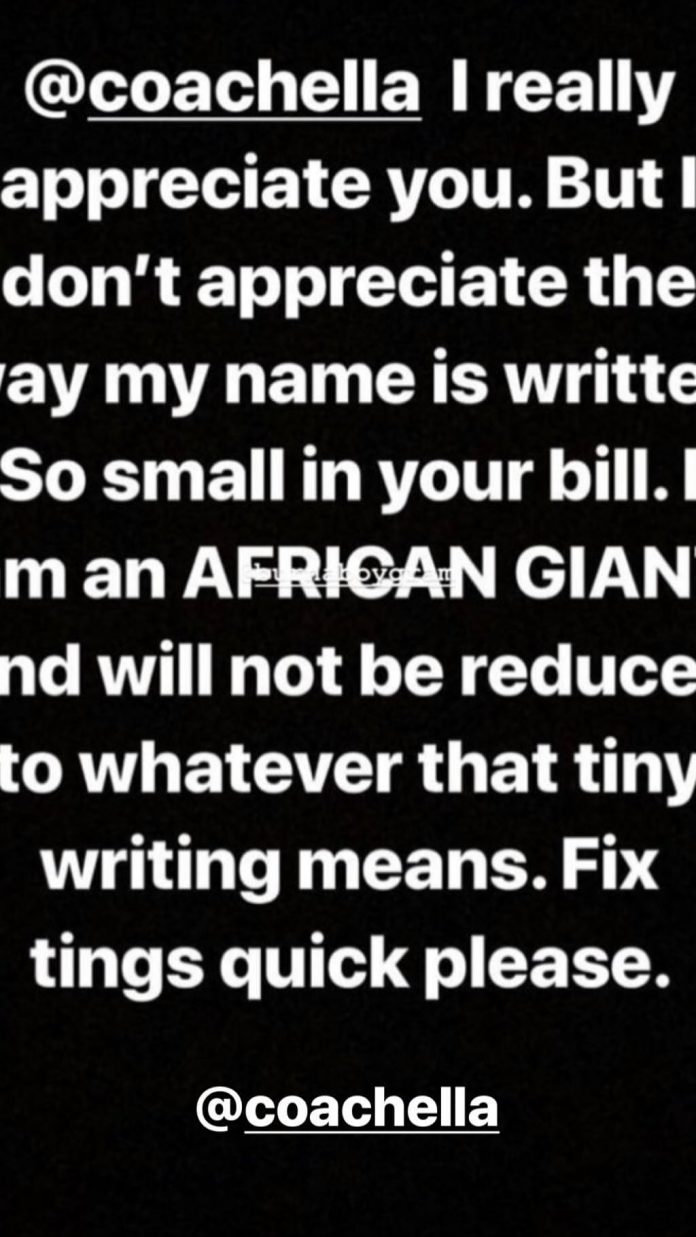