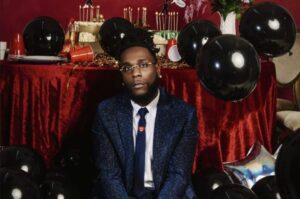 The African Giant is definitely taking giant strides in the UK as the grammy award winning Burna Boy has had to add another show after selling out an initial show at the same venue in under 3 minutes.

On Wednesday, July 13, 2022, The African Giant is slated to perform at Prymz in Kingston, and the event’s tickets were completely sold out in just three minutes.

with the original show selling out in just three minutes, let's do it again! Burna Boy comes to Kingston for an earlier gig on Wednesday, in support of 'Love, Damini' out now! https://t.co/RZvWM4Qibf pic.twitter.com/jqnwD4I1HU

After the show sold out, there was such a big demand that the African Giant had to put on a second, earlier performance for his UK followers.