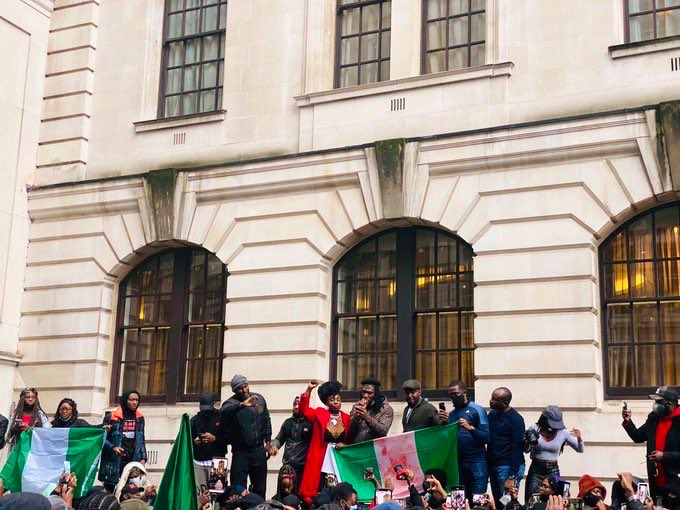 The Nigerian African giant has taken to the street to join the Nigerians in the United Kingdom who march to the UK parliament to seek British interference in the ongoing shooting spree the Buhari led Nigerian government has subjected her innocent youths too.

It will be recalled that the Nigerian army stormed innocent Nigerian youth in Lekki tollgate who were protesting against the brutality of the Nigerian police. The ambush by the military has caused chaos across the country as the youths are beginning to fight back, many private properties have been destroyed, alongside government properties. Yet the military in conjunction with the Nigerian police is yet to back down in the shooting spree 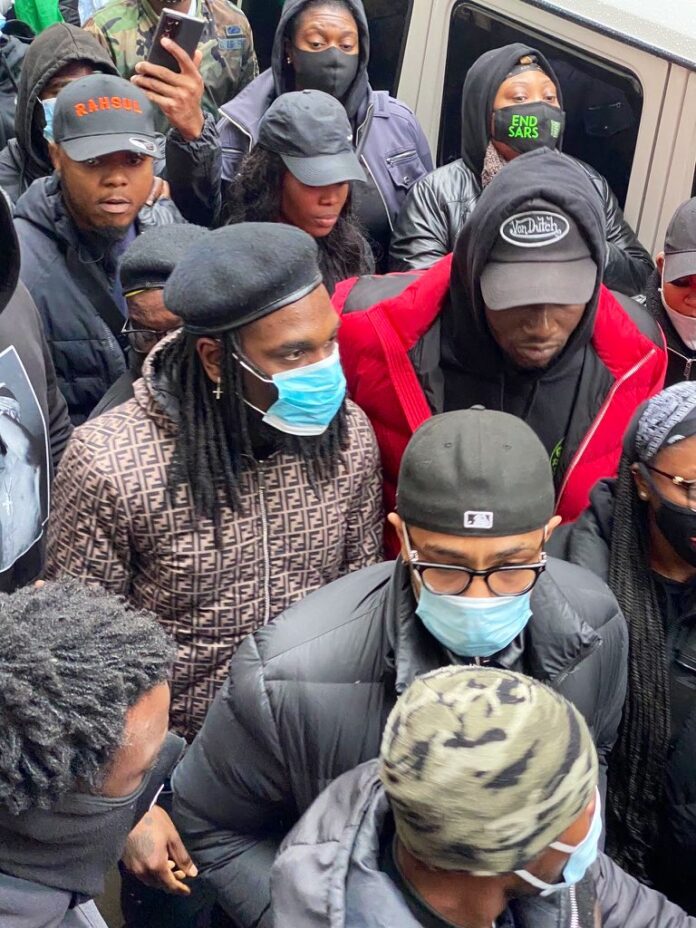 many top executives, political office holders have waded into the situation, yet the Buhari administration is yet to make significant comment or action to forestall further killings of the citizens.

Nigerians in the UK have marched to the UK parliament for their intervention, the African giant joined them and mounted the podium to address them. Watch the video below to hear him out.

I Have Not Been Arrested, Igboho Says In Recorded Speech

Burna Boy Rewards Fan For Singing Along To His Tune (Video)