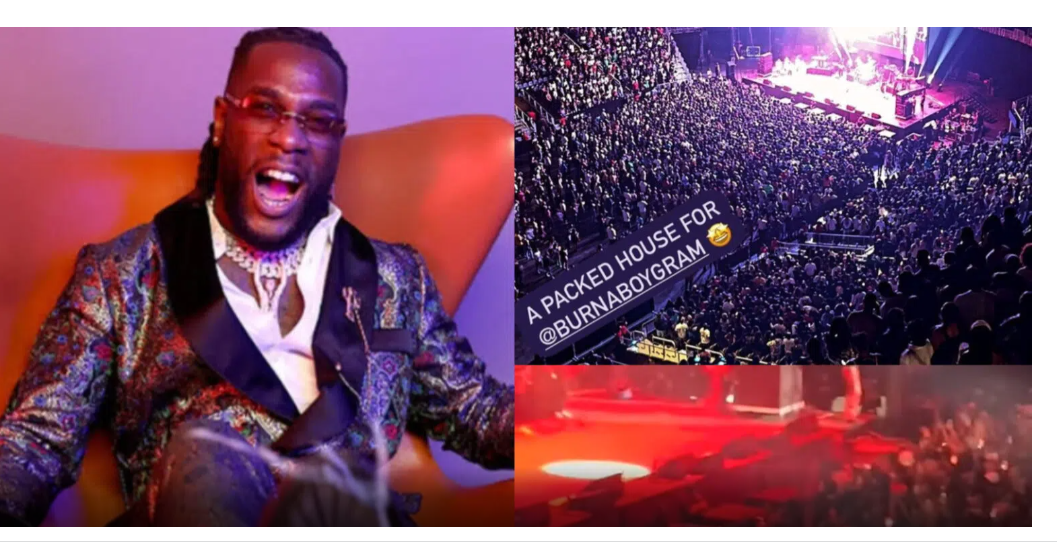 Burna Boy, a celebrated Nigerian singer best known for his Grammy nominations and award, has set a new benchmark.

The musician, who continues to inspire pride in Nigerians and write history, has added a new feat to his long list of triumphs.

Burna Boy’s recent accomplishment makes him the first African performer to sell out every one of his gigs in America.

The artist has accomplished this feat in the past as well.

Burna boy controlling 21k people in his sold out show in Atlanta with a phone. The best performer to ever walk in earth🐐pic.twitter.com/6NM7c5YjJi

Burna Boy, undoubtedly one of Africa’s biggest music export has bagged numerous awards and achievements since he burst unto the music scene with ‘Like To Party’ in 2012.

The African Giant, officially known as Damini Ebunoluwa Ogulu after breaking into the music scene has been consistent with back to back hit songs including ‘Dangote’, ‘Ye’, ‘On The Low’, ‘Question’, just to mention a few.