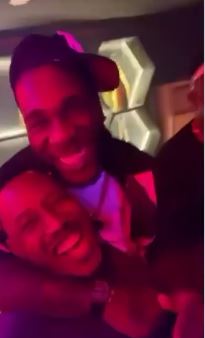 Nigerian singers, Burna Boy and Mr 2Kay have settled their rift 4 years after they fought in Lagos.

Recall that in 2017, Burna Boy was detained and charged to court after Mr 2Kay was assaulted and robbed.

However in a new video shared online, the duo were seen hugging as a song off Burna Boy’s Twice as Tall album was playing in the background.

Watch The Video Below………