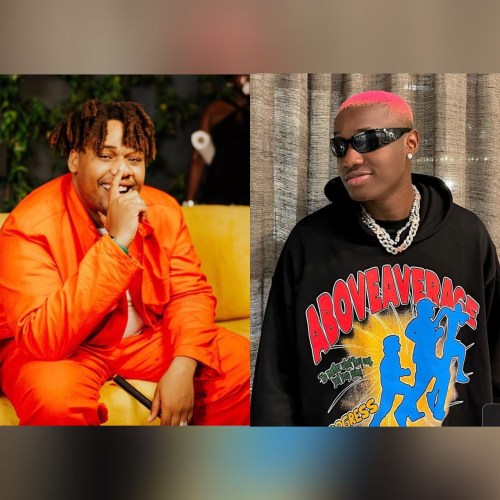 Buju and Ruger has picked up from where they left their Twitter beef. The duo are trending after Buju replied Ruger’s subtle sub. Apparently, Ruger took to Twitter to shade Don Jazzy and the Mavin Geng for always using influencers to promote their song.

“I am something. For years now, I have forced my songs down people’s throat whether e sweet abi e no sweet either by too much ads or by paying every influencer to make noise about a song they don’t even like. Or by speeding my song on TIKTOK. WHAT AM I ?”

This sub didn’t sit well with Buju who immediately called him out for insulting a man who fed his boss, D’Prince. Ruger immediately replied him, asking him to mind his business which led to more drama between them.

Buju accused Ruger of buying streams just to prove to Wizkid FC that he is better than Wizkid. Ruger returned the shade by asking Buju to list 5 of his hit songs. The last shade was too painful for Buju to bear that he informed Ruger about how he regretted not hitting his head with the Headies Next Rated award he won.

See some of their tweets below; 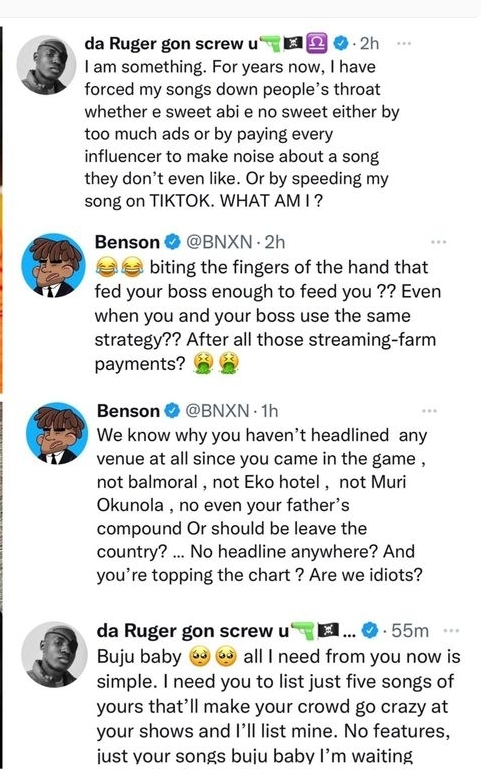 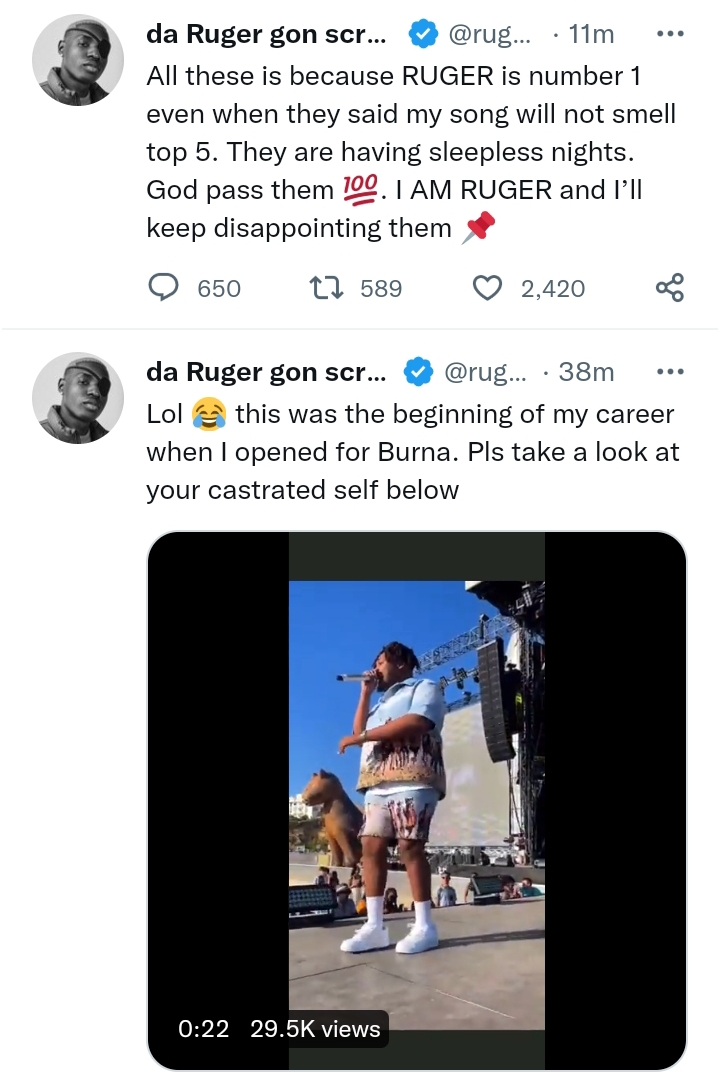 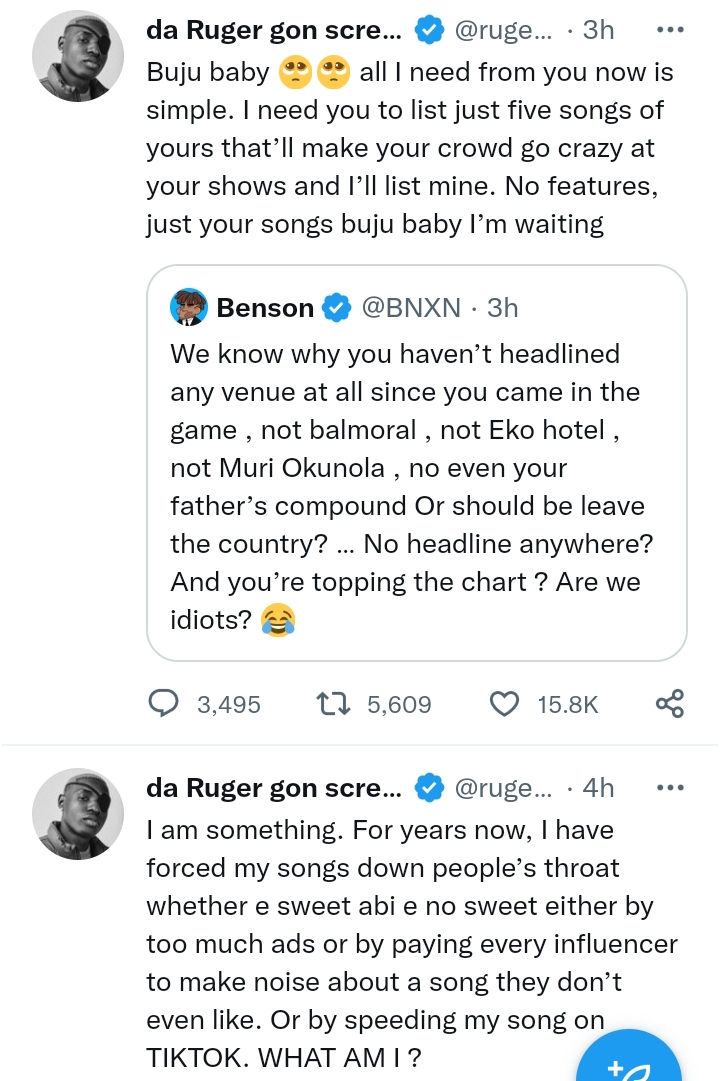 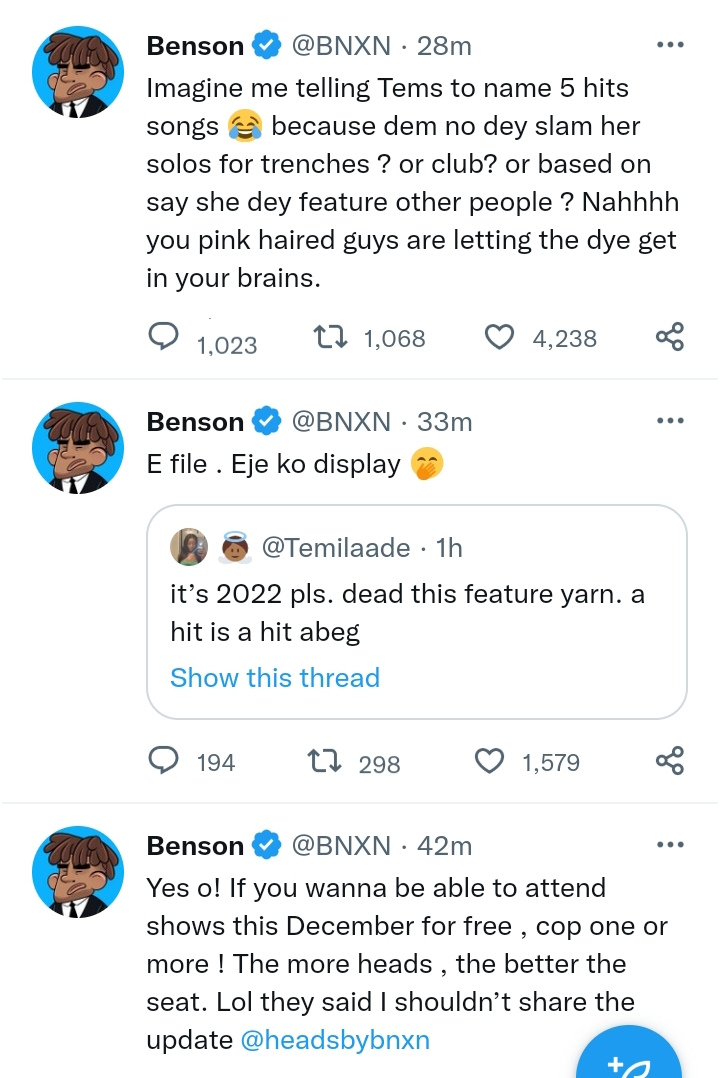