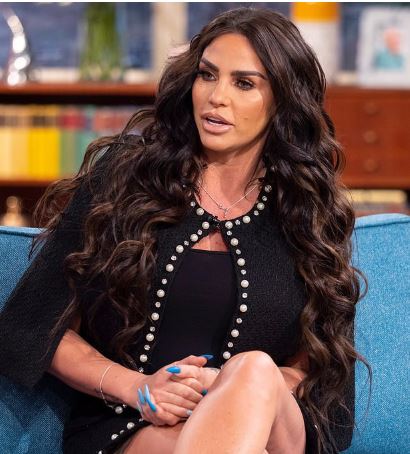 Price, a mother-of-five, made the announcement on a TV show, “This Morning’ on Monday, reports Mirror UK.

She told the show presenters that she would go to Nigeria to find a new addition to her family.

The reality TV star said she “should have gone last weekend” but was busy with the kids.

She said, “I’ve said I always wanted to adopt a child. I don’t care if they have disabilities or age, just because I feel I can offer them a place.

“Funnily enough I was getting my nails done and there was a lady sitting next to me.”

Katie asked the woman if she was a nurse and discovered she looks after an orphanage in Nigeria.

She continued, “It’s easy to adopt abroad but not easy to bring back to the country.”

When asked why she wouldn’t adopt a British child, Katie said that, it was much harder.

She hopes the woman from the orphanage can make it happen for her.

However, Katie also admitted she has not ruled out having more kids of her own.

She said, “I still want my own kids as well, don’t get me wrong. I would definitely have more.

“If I can offer another child I will. There are enough bedrooms in the house.”

Price had declared bankruptcy in 2018.

Squid Game Revealed To Be Price Nearly $1 billion For Netflix