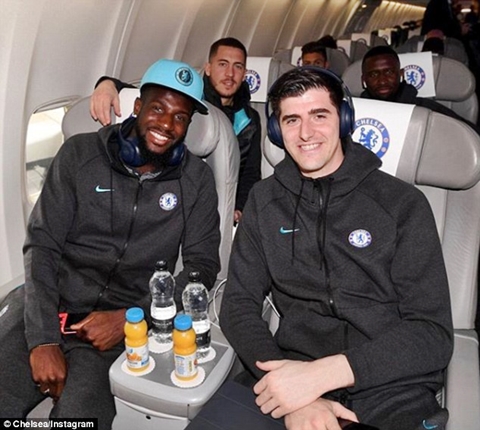 Chelsea squad heading to Barcelona
The Chelsea squad have embarked on a journey to Barcelona on Tuesday afternoon ahead of their Champions League last-16 tie at the Nou Camp, Dailymail Sports reports.
Antonio Conte ‘s men began their trip from the club’s Cobham training base as they were filmed by Chelsea’s Twitter boarding the team coach ahead of Wednesday’s game.
Eden Hazard and Cesc Fabregas led the way as they were seen boarding the club coach, along with captain Gary Cahill and goalkeeper Thibaut Courtois. 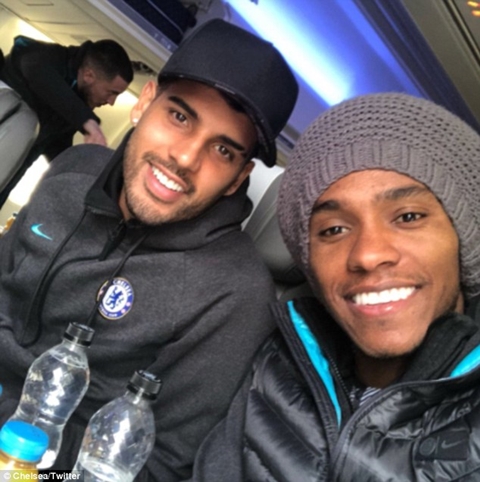 After battling out an entertaining 1-1 draw at Stamford Bridge at the end of February, the last-16 tie hangs in the balance with Chelsea looking to keep up their chase for a piece of silverware this season.
Chelsea are now four points adrift of the fourth and final Champions League spot, behind Liverpool, and are in danger of missing out on the competition for the second time in three seasons.
The Blues will not abandon all hope just yet though, having put on an admirable display in the reverse fixture, and will be clinging onto previous triumphs over Barca for encouragement. 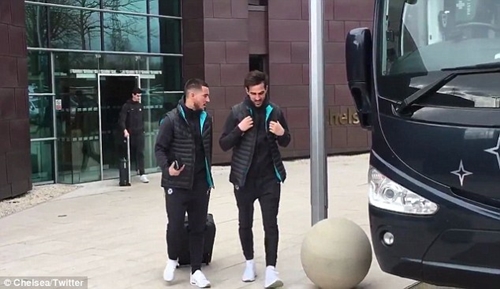 In 2012, their only Champions League triumph, then-caretaker manager Roberto di Matteo led Chelsea to a historic victory against all the odds to knock Wednesday’s opponents out in the semi-finals before beating Bayern Munich in the subsequent final.
Travelling Blues supporters will also hope Willian can reproduce the form he showed at the Bridge after his goal gave Conte’s men a first-half lead – before Lionel Messi equalised for the visitors late on.
Willian, who could have easily had a hat-trick on the night after striking the post twice, travelled with the squad and is expected to start against Valverde’s Barca side.
Ahead of the clash, Willian told Chelsea’s official magazine that his love for football is still his motivation, which is fuelling his performances. 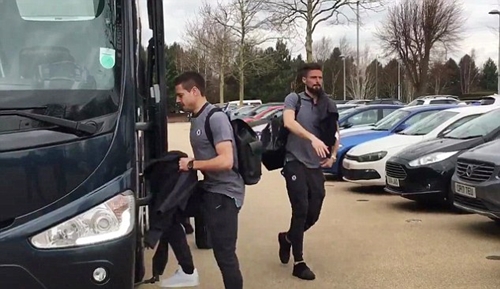 He said: ‘I think you have to enjoy yourself on the pitch. To play football, you have to be happy. I have to enjoy this moment now. When you start to play more games, or when you play every match, you have confidence and things are good for you, then you can keep smiling.
‘I spent a long time practising tricks when I was young and my favourite was the elastico, which I try to do during games even now. I played like an attacker. I always wanted to attack, to have the ball, to dribble and score goals.’
Given his recent form, sctuneg two in his last three Premier League games and not to mention his performance in the first leg, selecting Willian should be a no-brainer for Conte.
However, the Italian boss will have been tossing and turning in bed in the build up to this season-defining match over who will lead his attacking line.
Having trialled Hazard as a No 9, and discovering it’s far from his most effective position, Conte has Giroud or out-of-favour and out-of-form Alvaro Morata to choose from. Both bring different benefits to Conte’s side, with Giroud’s direct approach, as opposed to the clinical finishing of Morata.
--Advertisements--