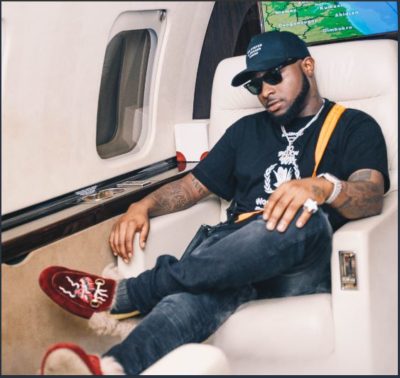 Whoever thinks Davido does not have a golden heart should better have a re-think.

You would recall the DMW boss promised two fans the sum of one million naira each at his recently staged concert in Lagos.

However, one of the promised fans (boy) just few hours after the concert, went on a social media rant, calling out Davido and his PA for not keeping to their promise as he said he wanted to be “blackmailed” by them.

After the move by the boy, people lashed out at him for his impatience as well as urging Davido not to give him the money anymore for his careless move.

Although pissed, still Davido did not go back on his promise to the boy as he has finally given him the one million naira he promised him.

Why won’t you just love the OBO?

Boy promised the sum of N1m at #Davido’s concert, sings a new song, as he finally receives it

I Won’t Let You Go Until You Bless Me – Upcoming Singer Receives N1.7M From Burna Boy (Video)