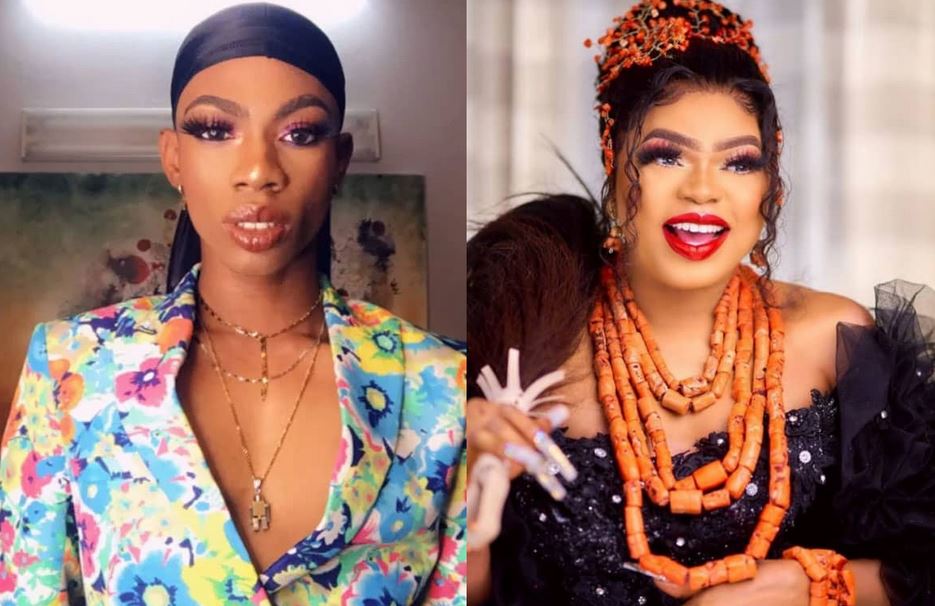 Popular Nigerian crossdresser, James Brown has alleged that his senior colleague, Bobrisky, threatened to kill him if he does not quit being a drag queen.

James Brown made the claim in during a live interview with a British influencer identified simply as Woody, uploaded on social media on Thursday.

According to James, Bobrisky supported him when he started out his career but got threatened when he became famous and started cross-dressing.

“And he threatened me that if I continue being James Brown, being a drag queen, you know the princess of Africa, he’s gonna kill me. So that’s how we became enemies,” he said in parts.

In a recent interview with media personality Chude Jideonwo, James Brown dismissed claims that Bobrisky made him.

The crossdresser said that he gets angry when people compare him with Bobrisky because the latter did not go to prison.

He said: “Bobrisky never made me, she gave me 100,000 Naira which was needed when my father was trying to raise money to get me released from the prison. I have people who did more than that for me.

“Why I respect her so much is that she reached out to me even though she didn’t have to care. I just wanted to meet her in person and get to know her. When you’ve heard a lot of stories about people and you just want to meet them and hear what they have to say. I respect her, who she is and how she is able to break boundaries.

“God bless her. But she should get away from my back because I am running as fast as possible. I have many things I want to do, that if I start saying it, she might start doing and she might never get it as I will because I am young.”