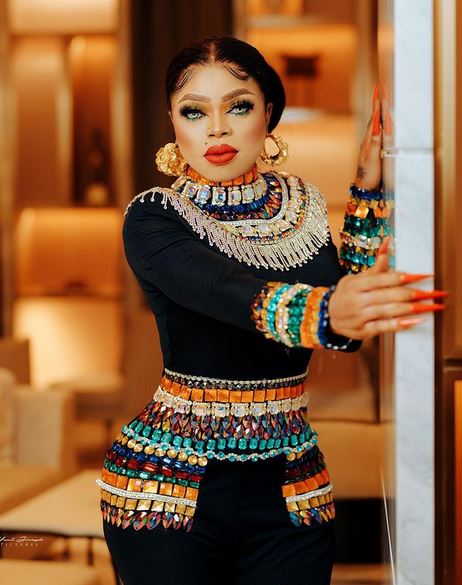 Controversial crossdresser, Bobrisky has taken to Instagram to announce the date for his housewarming pre-party and grand opening party of his mansion.

This is coming days after the controversial IG blogger, Gistlovers alleged that Bobrisky never bought the house he claimed to have purchased and shared proof that the house is still up for sale.

In a recent development, Bobrisky while shutting the mouths of naysayers has announced dates for the two house-warming parties he hopes to throw; a pre-party and grand opening party.

The pre-party will take place on the 19th of June while the Grand opening party comes up on the 3rd of September 2022.

He also tackled Gistlovers in one of the posts.

”All roads lead to the most beautiful and expensive estate in Lagos on 19th. I’m opening my new home

“Gistlover don loose. I thought the blogger said the house they market say nobody don buy am. Gist lover you for buy the house before me now so it gist cam enter. Oops!! E no dey market again? So now the gist is I want to make money from it”.

“Where in Lagos can you do house warming for person house not too talk of that Mansion of 450million in that kind estate someone will claim another person house did gist lover is really hurt I bought that house. Sorry”. 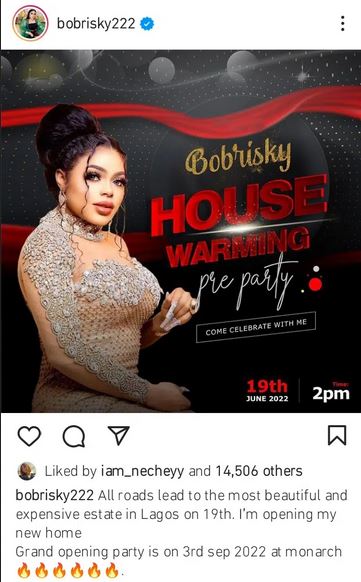 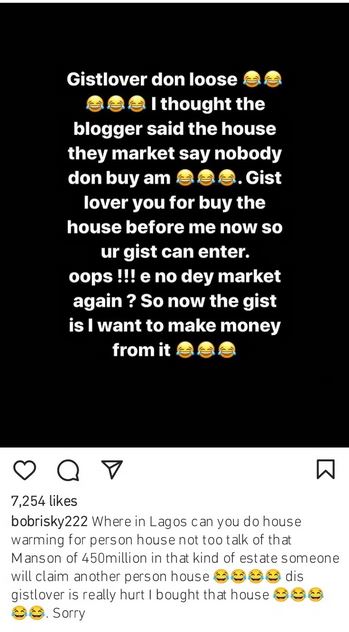