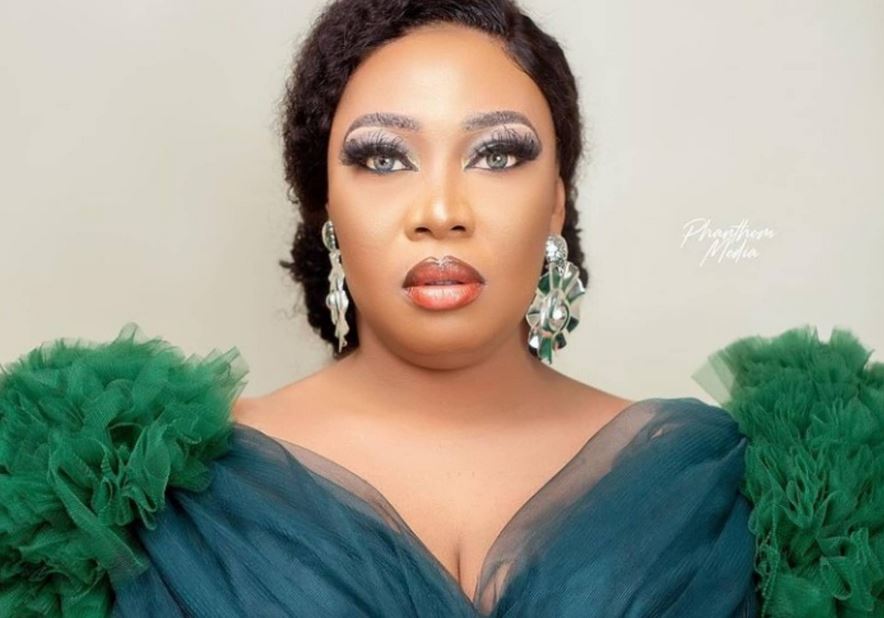 Nollywood actress, Bimpe Akintunde has responded to fake giveaway claims made by a Twitter user.

The tweep accused the actress of buying a car for herself and claiming it was a giveaway gift from the Kokun Foundation.

The tweep made the allegation after another actress Laide Bakare claimed her 13-year-old daughter gifted her brother a Benz on his ninth birthday.

“I remember one Yoruba actress like that, nah she get the car oo, she con give am to Kokun foundation make it look like she won am as per single mother…Mama turn your dodo..Nah you buy the car for the boy,” the tweep wrote.

Reacting to the allegation in an Instagram post on Thursday, Bimpe questioned the sanity of the person.

She wrote: “Is this ment, Malaria or mentaaa ??? It is obviously mentaaaa!!!!!!!!! because the way ppl come out with their full chest spitting Rubbish on the internet is becoming worrisome. Iya Awon omode yii da. When I change the car wey @kokunfoundation gimme sef almost 2yrs now I no post , I be cloutina for Una eye 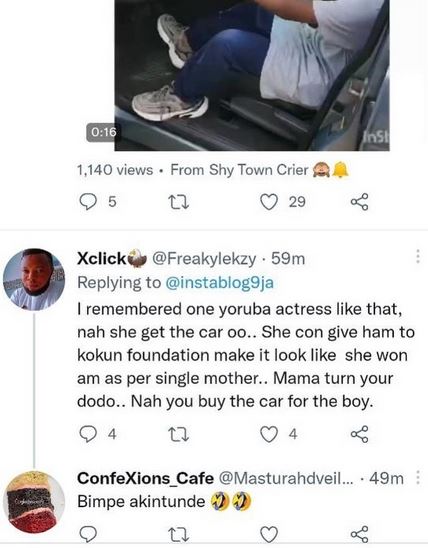