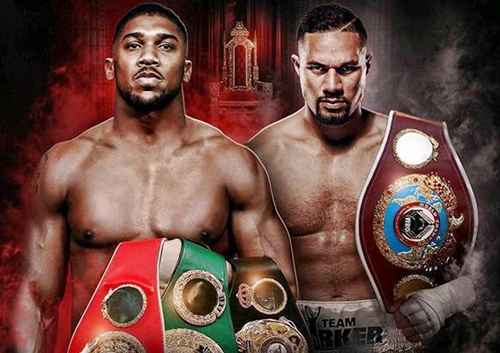 Joshua vs Parker
Anthony Joshua has revealed that the thought of losing makes him nervous, but also concedes that "a defeat should not define a fighter" as he prepares to fight Joseph Parker, SkySports reports.
Joshua can unify his WBA ‘super’ and IBF belts with Parker’s WBO equivalent on March 31, live on Sky Sports Box Office, as he looks to improve his perfect unbeaten record of 20-0.
‘AJ’ admits that he is "fully focused" on the challenge of Parker and is open to what a potential loss could mean for his career.
"In boxing, losing is the one thing you are nervous about," Joshua revealed exclusively to Sky Sports. "Nobody wants their ‘0’ to go. You don’t plan on getting beat, in every other sport you can lose and bounce back."
When asked ‘Is that [losing] what scares you?’ the heavyweight champion answered: "Yeah, because it is the sport we are in.
"[Roger] Federer is still known as a great but we don’t know the 10 people who have beat him before. For boxing, that loss stays on your record for eternity.
"Losing doesn’t define you though, it’s how you move forward that defines you. You have to know where you are going.
"When I look at heavyweight boxing, you look at [Wladimir] Klitschko and he wanted to be a three-time heavyweight champion of the world, he lost and came back – If I lost, I’d dust myself off and go again.
"It would show people’s mind-set if they discredited everything I had done up until that point because of one defeat."
Joshua is confident that this is still just the beginning of a long tenure as world champion and the 28-year-old wants to fight on for at least another decade.
"I’m fully focussed on Parker," Joshua continued, "Who’s to say, afterwards, I couldn’t fight on for another ten years.
"I’m 28, Klitschko retired at 40-years-old and Mayweather is 41 and people say he could still fight on. Who is to say I couldn’t fight on until 38, history shows athletes go on a lot longer provided they take care of their body.
"I don’t want to have to leave boxing, I want to do it because I love it. I don’t want to do it for the fame, I want to do it because I enjoy it and still want to be at a high level."
--Advertisements--